You are here: Home / Games / Tabletop & RPGs / Fans flock to the 25th-anniversary edition of Delta Green, the conspiracy horror RPG

Shane Ivey and Dennis Detweiller of Arc Dream Publishing have a new edition of the iconic and appropriately highly regarded RPG of conspiracy and horror, Delta Green, on Kickstarter.

The publisher asked for $30,000 to fund the new edition. There are 30 days still on the clock and more than $155,000 pledged thanks to well over a thousand backers. You can see the latest total or join in on the project page.

The multi-award-winning RPG takes our real world and weaves in mind-numbing horror. Not necessarily gore and shock, but the corrupting influence of conspiracy from the supernatural and other dark forces.

Delta Green knows. Things from beyond space and time that lurk in the shadows, the slow rot at the core of humanity, the dark stars that whirl madly above—these are the true masters of the world. Delta Green has been fighting them since the 1928 Raid on Innsmouth, and the fight still rages on.

A pledge of $20 will get you into the conspiracy, and secure PDF thank you copies of Delta Green and Delta Green: Need to Know.

At $40, the core rules Delta Green: The Conspiracy as a hardcover is added and with shipping to be worked out later.

The two PDFs and all digital rewards are unlocked at $100. Whereas, if you want all the physical rewards, then that’s $300. There’s a safety net on this one in that if there’s less than $200 unlocked, you’ll get a discount. Spoiler; you’ll not need to worry about that now!

There are other tiers available, and delivery on the project varies. The digital assets are due in November of this year, but the hardback isn’t expected until April 2022.

Fans flock to the 25th-anniversary edition of Delta Green, the conspiracy horror RPG 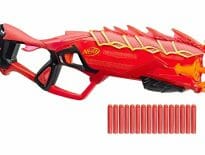 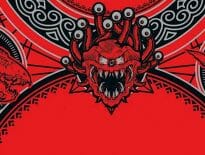