Wizard World was struggling to make money before the lockdowns, and since they’re in the convention business, you can see why the writing might be on the wall.

The company has sold its six most significant events to Fan Expo, a major competitor.

Owned by Informa, a true giant of events, Fan Expo HQ has been on the hunt during the COVID-19 crisis. Previously, they bought Denver Pop Culture Con while also setting up a 2022 event for San Francisco.

Geek Native (tries to) maintain a geeky event convention calendar. If you spy any alternations or have additions, then get in touch. 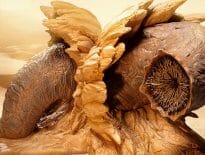