Games Workshop have their earnings report out tomorrow. Today brings the news that THQ Inc it has a 3rd person action/shooter game coming for the Warhammer 40,000 setting.

THQ and Games Workshop are really leaving no set of gamers in the dark. Space Marine will ship for Xbox 360, PlayStation 3 and Windows PC.

The news here is that the game was previously going to be console only – now it’s coming to the PC.

Players wil get to play the part of a Space Marine; that means ranged combat as well as intense melee. Gameplay kicks off straight way as the Space Marine has to fend off an invasion from brutal Orks.

Warhammer 40k fans will know that Forge World planets are hugely important to humanity as its here that the greatest weapons for the Empire are created.

“The loyal PC audience is incredibly important to us here at Relic so we are delighted to be able to announce the PC version of the game.”

Not to be left out of the press relese, Travis Plane, Vice President of Global Brand Management added;

“Delivering great content the fans want to play is the key goal in the core games division at THQ so we are pulling out all of the stops to make this the best possible game for PC and console audiences alike.”

The game is due out in early 2011. The Space Marine site is already up; with an age check so that seems to suggest the content will be brutal. 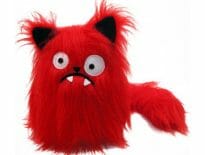