You are here: Home / Games / Tabletop & RPGs / Play as a Gnome, as a Vran or a Werebbubb: The Witcher tabletop RPG releases a Book of Tales

R. Talsorian Games, CD Projekt Red’s partner for bringing The Witcher game to the tabletop, has expanded the RPG with a 178-paged Book of Tales.

The download includes six new adventures for The Witcher Pen and Paper ROG which span the game’s continent. Included in it are new monsters, new rules and options for players and maps. The scenarios and mechanics come together to form a whole new campaign.

A murder mystery in Mount Carbon, combat in the Claremont Arena and investigations in the mist-shrouded Alderwood will give GMs welcome dangers for player characters.

In turn, the new player rules add new weapons, new spells, and three new PC races. It’s now possible to play The Witcher as a Gnome, as a Vran or a Werebbubb.

Authors include Cody Pondsmith, Sara Thompson, Linda Evans and James Hutt. Not only does Hutt work on the Cyberpunk RED RPG, but along with Cody, has a writers credit in the platinum bestselling A Witcher’s Journal.

R. Talsorian Games have also added the Essential Witcher dice set to their ecommerce store, which is made by Q Workshop and display Geralt’s School of the Wolf.

Play as a Gnome, as a Vran or a Werebbubb: The Witcher tabletop RPG releases a Book of Tales 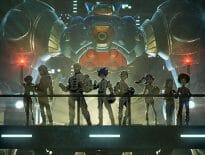 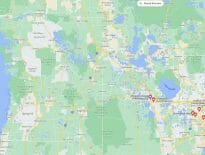