There are Call of Cthulhu projects reportedly in the pipeline for the company, with details still to come, and a tabletop RPG adaptation of the dieselpunk graphic novel series Carbon Grey by Hoang Nguyen confirmed as the first release.

A pre-registration page for the Carbon Grey TTRPG is live with an exclusive limited edition 8.5″x11″ linen cardstock print added as an incentive for backers who use it.

West End Games are part of the project, the RPG publisher who once had Star Wars and Ghostbusters and is responsible for the D6 System.

The Magnetic Variant of the system, known as D6MV, will be used for Carbon Grey. It may be later used for several high profile anime tabletop conversions. Those conversions are happening, but like the Call of Cthulhu project, the system remains speculation.

In Carbon Grey, which is heavy with paranormal and dieselpunk, space/time is bent. It snaps under pressure. In the Carbon Grey RPG, this space/time complication will be represented by the Wild Die addition to D6MV, which causes Continuity Surges, Flux Effects and others.

The award-winning designer and graphic novelist Andrew Gaska from the Alien RPG and Terminator will be leading the project.

August 3rd is the date for the Kickstarter, with stretch goals including in-world artefacts, limited edition, miniatures, maps and an exclusive hardcover omnibus reprint of the sold-out Carbon Grey comic series. 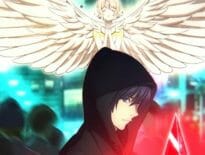 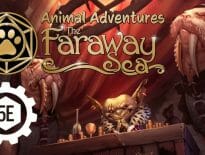