Crom the Barbarian is a comic book character created by Gardner Fox and illustrated by John Giunta.

The inspiration for Crom is worn openly; this is a barbarian cult from the same loincloth as Conan. There are a few things significant about him, though.

Firstly is that Gardner Fox is a name of significance. For example, he created the iconic utility belt for Batman.

Secondly, given Crom the Barbarian’s debut in 1950 in the first issue of Out of This World, the character is in the public domain. That’s why Cat Wheel Table Top has been able to publish and sell this 31-page RPG, with solo-RPG compatibilities, on DriveThruRPG. As we’ll soon see, the door to do a Crom RPG and do it properly is still wide open, though.

Thirdly, Crom the Barbarian is an early, if mild success, in getting the Sword and Sorcery genre into the world of comic books.

Sorry to say, I do not think $4.99 is a fair price to have paid for Crom the GameBook. I don’t normally begrudge costs, but this Crom RPG feels incomplete, written in a fever dream, or just taking the mickey.

For example, page 19 is entirely blank except for the sentence;

(there is no jail table)

Author, designer, holder of my $4.99, W Caddel could have at least put a Crom comic strip in that snowy field of an empty page. Half the 31-pages, thereabouts, are already repurposed Crom comic strips.

The system isn’t so much inconsistent as an incomplete system. It’s repeated several times, differently. And then it’s like Caddel gives up and we’re no longer reading an RPG, but a choose your own adventure based on a comic strip.

Then Caddell seems to find a new way to give up again and does the written equivalent of shrugging and saying, “Eh, you know what, wing it from here.”

It’s a bunch of d10s, but it’s not really clear how they relate to the stats your character has. You roll them together; if they’re the same, one of them gets rolled again and stacks.

Characters have three stats and a character sheet that can fit on a business card. Later on, the rules reference substats to roll against, but these are not mentioned previously or ever again.

Your character might be a spellcaster, but there are no rules for magic in the game.

As a plus, you get some Crom comic strips. These are no doubt freely available elsewhere.

Everything else is negative. Formatting has not been used, and the lack of spaces between paragraphs creates blocks of hard to read text. Once you read the text, squinting to make it out, you will no doubt regret doing so.

I get to pick what I review here; as a result, reviews slide firmly towards the positive on this blog. I don’t set out to buy or accept downloads I don’t think I’ll like. I was excited by the possibility of a Crom game and now feel ripped off.

I don’t aspire to be mean, but I need to give a fair warning here, I don’t consider Crom the GameBook to be fit for publication.

Thanks for the review! You make some good points. I’m going to make some changes and update according.

I’ve taken your review as advice and tried to address the concerns, I updated last night. If you still want a refund, let me know, I don’t want anyone feeling ripped off. The only thing I need to point out is that the original comic is in bad shape, the restoration was done by Antonio Pastucci. I released a free version of just that part, the comics. Thank you. 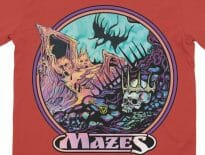 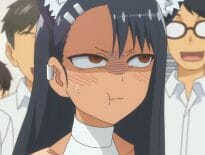