The May 2022 winner for the Geek Native community RPG Publisher Spotlight is Sixel Publishing.

In the Spotlight, there’s a publisher, illustrator, writer or curator each month, someone or someone who contributes to the tabletop hobby. The goal is to give them a boost, tell a little more people about them, and tell you about them.

It’s Geek Native Patreons who get to vote, and I thank them for doing so.

Winners get mentioned in the podcast, highlighted in the RPG news summaries and get articles like this.

Mike Sixel feels like a worthy winner. Sixel Publishing is a tabletop entity now but started off as a site to help people who lost their jobs before the pandemic. In talking to Mike for this piece, I heard about the articles about the emotional impact of job loss, networking and interview skills.

Mike tells me that he now plans to resurface all those old articles and publish them again. It’s great to see something so positive has come about from the Spotlight, Mike’s time and Patreon support.

An introduction to Sixel Publishing

Readers will be familiar with the typical opening questions. I’ve found it helpful to first find out who we’re talking to and what makes them tick. I was certainly surprised to discover that Mike Sixel, aka Sixel Publishing, does so much on his own.

Who are Sixel Publishing?

I’m a one person crew. If I ever actually do a kickstarter, I hope to have someone edit it and to buy some contract art. I’m an old guy that has been playing DnD since its inception. I’ve played every iteration of the game.

Funny story? I was at my dad’s house, and his wife (who is a great person) suggested I sell the DnD stuff I’d been writing for years. I told her it was too late, that I didn’t get in the game soon enough and that there were SO MANY others doing it that it wouldn’t be worth it. We flew back to Oregon, and I gave it some thought while on a long walk, and decided she was right. Instead of doing something easy, I jumped right in with a monster book, Creatures of Eberron, which is my best seller.

Eberron content, I guess. Creatures is an electrum seller, and my conversion of Riding the Rails is nearly there. My next best seller is Baldur’s Gate to Candlekeep and Beyond, which takes the locations from the old video games and fleshes them out. I’m launching a series detailing those sites, but so far, not much luck….so I admit some “discouragement”.

I have a PDF with, I don’t know, 70+ initiative systems, and hundreds of subsystems / alternatives. It includes a chapter on playing without initiative also. I’d love to kickstart that and have game designers and GMs use it for years. Now, what I’d really like to be known for is helping make the world a better place. I worked hard on that in each of my three main career jobs, and I’ve done a lot of volunteer work, but I should be doing more now that the pandemic is “over”.

As we read, Mike and Sixel Publishing are probably best known for contributions to Eberron.

But does that mean the steampunk fantasy is Mike’s favourite D&D setting?

Which do you think the best official D&D 5e setting is and why?

I love Eberron, but I use the Realms the most. Eberron is designed from the game out, and it has a great design in that races aren’t good/evil, cultures are (and even those are gray). It has so many unique and cool ideas, and you can run any kind of campaign there. But, I have a real desire to play Spelljammer when it comes out. My draft novels take places in a world where the heroes need to fly ships from moon to moon and the world.

Should dragons be more dangerous, and why?

I mean, I have a product called Dangerous Dragons! So, yes. Really, most solos in 5e need to be more interesting, if not more dangerous. I think something like legendary actions, or Matt Colville’s action oriented monsters should apply to any solo where you want the encounter to be more interesting. Another option is to use minion rules (I have another draft PDF called Leaders and Lackeys I should maybe finish, I guess).

Unique ideas are important, but the most important thing is usability. You can have really cool ideas (see some of the weird initiative systems out there), but if no one wants to use them at the table, it doesn’t matter. More than a few (including mine) could use more editing (of those on Drivethru or DMsGuild) and better art. But, ultimately, it really needs to be something people use at the table.

Has that changed since you started out?

Yes. For me anyway. I bought almost everything in 2e, and read it like great fiction. But, wow, I used almost none of it. I still have fond memories of those books, but I don’t buy stuff anymore unless I think I’ll use it at my table.

What tips do you have for someone about to start out on the DMsGuild?

Start with a simple idea, that isn’t too long or complex. Do NOT start with a monster books with dozens of statblocks. Get a good template to make your life easier. I use the Simple 5E Microsoft World Template. I’ve changed the font to be bigger, and updated the statblock to be more like the new blocks (with a change or two of my own).

DO NOT GET DISCOURAGED by the slowness of your sales. That’s my top advice. It isn’t likely your first product(s) will sell a lot quickly. If you want to do this, plan for a couple of years of building your name/brand, just like any other business. I’d also suggest not doing this as a full time job, because you will struggle to make real money.

Since Mike does so much without much help, I was curious as to whom he might want to work with if it ever came to that. As we’ll see, future work might be very different from the D&D we know today.

Are there any other authors, designers, streamers, YouTubers, etc. who you would like to work with?

I’d love to do design work for MCDM or ENWorld. ENWorld’s alternate 5e is very well done, and I love that MCDM is bringing the best 4e ideas into 5e. But, if I could do anything, it would be to get one of my novels published. I think I have a couple good stories to tell, and I’d love to make other people happy when they read things I’ve done. I guess ultimately, back to “what would you like to be known for”, it comes down to that. Making the world better thru service and giving random people I’ve never meant some enjoyment.

On your YouTube you’ve covered topics like the AR platform ARcana and have videos on VTT. Where do you think platforms like that are going? Do you think we’ll see AR D&D?

At some point we’ll see AR, yes. I mean, I think we are close right now. Now, if I live long enough to really experience it? Who knows? I think it is inevitable that WotC launches a VTT next year (or the year after) built on DnDBeyond (which is a great, great, tool). But I don’t think that means the end of some of the other tools out there. Others will support other systems, and push the boundaries like a big company can’t. I’ve got a couple YouTube videos about 3d VTTs, because I think they are a great idea. And, there are more than a few to choose from. I think ARcana is a great idea, but man, that price point on expansions is going to be a killer, imo. I have a lot more thoughts about this, but maybe I should put them on my site or YouTube, as this answer is already too long. :)

What’s next for Sixel Publishing?

A series based on Baldur’s Gate video games (I have two more sites in draft, I need to not try to overdo the maps so much). YouTube videos on transitioning from Roll20 to Foundry (our GM’s wife just had a baby – congrats! – and I am taking over and migrating us to Foundry). Finishing my draft sci fi novel and maybe my fantasy books. If I get enough courage, kickstarting one of my ideas (or at least publishing my first thing on Drivethru).

Do you think WotC should tie the launch of D&D 6.0 to their VTT? Should they include VTT content for free with physical book purchases?

6.0? I think we’ll see 5.5 on the VTT. I’d like 6.0 (something more like Level Up, with monsters more like 4e / MCDM design. Which, really, could be 5.5. VTT content takes a lot of time and effort. I’m not sure it is a good idea to include it free with a book purchase. That said, keeping DnDBeyond around when they do launch the VTT and having free access to some ability to play is a great idea. Get them hooked for free!

Why do you think Foundry has found traction where other VTT challengers have struggled?

Foundry is very modern, and is as open as open can be. Other newer VTTs weren’t as open at launch. Plus, their marketing is great. There are a million great ideas out there, but without good marketing, they die. Foundry has that in spades. I think we all have something to learn from Foundry and the community they’ve built (even if the discord is so big now it is hard to get help).

Outland Arts are on DMsGuild, so we can use that system to sort through the catalogue for recent changes. Here’s what we get;

Update 14th May: Original article said that Sixel Publishing was set up after the pandemic; it was before. 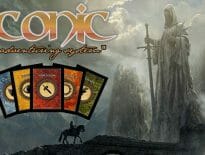 Tabletop & RPGs Combat-hacking: How to Make Your 5th Edition Comba… 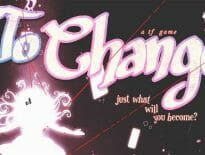 Tabletop & RPGs Free to Download: To Change RPG from trans authors…
wpDiscuzComment Author Info
Manage Cookie Consent
This site uses cookies 🍪, and links are ads that may earn bloggers some money 💰, and with this alert, I very much hope that these dark truths 🧌 are acknowledged.
Manage options Manage services Manage vendors Read more about these purposes
Preferences
{title} {title} {title}
Loading Comments...