You are here: Home / TV / Anime / Black Lotus: Crunchyroll and Adult Swim team up for an official Blade Runner series

Made by Alcon, brought to us by Adult Swim and Crunchyroll, Blade Runner: Black Lotus is an original anime due out in the autumn. Adult Swim gets the dubbed, Crunchyroll gets the subbed.

The trailer below is subbed.

It’ll be a 13 episode cyberpunk series. The trailer gives us a good look at the atmosphere, along with the theme from Grammy award-winning singer-songwriter Alessia Cara’s “Feel You Now”.

The main characters include the replicant Elle voiced by Jessica Henwick or Arisa Shida, the mysterious Joseph by Will Yun Lee or Shinshu Fuji and the fresh LAPD recruit Alani Davis by Samira Wiley / Takko Honda.

There’s even a character called Marlow, a Blade Runner. Sometimes homages are best worn in the open, voiced by Josh Duhamel or Taiten Kusunoki. 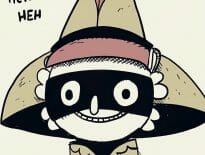