Cyberpunk 2077 had a rocky ride, didn’t it? It’s based on a tabletop RPG series from Mike Pondsmith and R. Talsorian Games. Working with CD Projekt to compliment Cyberpunk 2077 and to fit into the timeline just before it, team Pondsmith released Cyberpunk RED. It’s a tabletop prequel to the computer game.

Data from the American market interview released by ICv2 does not show that Cyberpunk RED is holding its place in the best-selling charts; it shows the game growing.

That’s an increase from the end of 2020 which had Pathfinder ahead of Cyberpunk. Geek Native used DriveThruRPG data last year to show that Cyberpunk RED was the best selling RPG on the platform. DriveThruRPG doesn’t sell D&D, of course.

Fate, from Evil Hat, has lost 5th place to the collective might of other 5e products. This week is an excellent time to get into Fate as $335 worth of downloads for the popular system are in the Bundle of Holding.

EN World has a help archive of this data. 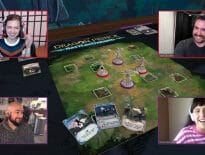 Tabletop & RPGs So, some of the Dragon Prince cast played The Drag… 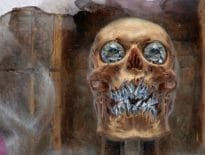