You are here: Home / Games / Tabletop & RPGs / Gold-plated mythos models among the rewards for Cthulhu Rises

Polyglot Studios have a range of Cthulhu and mythos models as rewards for a Kickstarter.

If you want, you can settle for a limited edition, unpainted and resin model. Or step up to get a painted one. However, there’s also iron oxide versions and gold-plated! But only if you’re quick. The gold-plated Shub-Nagguarath has already sold out. You can scurry over to the darkness on Kickstarter.

I feel as if anything Lovecraft related should include some sort of acknowledgement of the man’s vile views. We don’t get that with this Polyglot project, which is a shame, but this campaign is almost all about monsters and models.

I say “almost” because free animated battle maps from RPGScenary are handed out to all backers. You can even back at the $1 mark to get them.

Imagine the excitement at your table when you drop one of THESE in front of your players. You don’t want to miss out on this premium line of limited-edition masterpieces, because they will not be offered again. Sign up for this exclusive Kickstarter now, because this is in very limited supply, and once they’re gone, they’re gone!

Also, cosmic dice are part of the campaign, and these are nickel-zinc-aluminium alloy sets because it seems that this design studio really knows their metals!

It’s those dice that roll first when it comes to rewards. They’re included as thank yous for people who contribute $22.

Then it gets scary…

The gold-plated horrors are $429 and, at the time of writing, there’s one Gold-plated Hydrated Iron Oxide Beast, Gold-plated Shoggoth, Gold-plated Elder Thing and Child of Shub-nigurath.

The dioramas and gold-plating continue up to to $2,899 line! There are a few delivery windows, but all before the end of the year if it goes well.

Update – 25th July 2021 – A reference to a third-party brand not involved with this campaign was removed from this article on request.

Gold-plated mythos models among the rewards for Cthulhu Rises 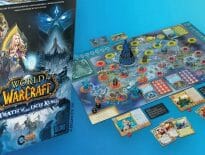 Tabletop & RPGs Warcraft: Wrath of the Lich King – A Pandemi… 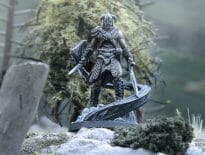