You are here: Home / Books / Comics / A world of machines: A review of Horizon Zero Dawn – Liberation #1

I know Horizon Zero Dawn, of course. The game looked gorgeous, the trailer compelled my internet, and Aloy is a kick-ass hero.

I’ve heard nothing but praise for the action RPG and open world. I’ve never played it; I don’t have the time, tech or Terran currency units to do so.

So, when I noticed Titan Comics releasing Horizon Zero Dawn: Liberation and with an issue 1, I hoped it would be an excellent point to leap on.

My mistake, what’s coming out at the end of the month is Horizon Zero Dawn: Liberation 2.1. We’re partway through an arc, even if we’re at the start of a new section.

But I read it anyway and was impressed. Anne Toole and Ben McCaw introduce me to characters quickly, and even in these three dozen pages, I’ve a good idea of their personalities.

The artist is new to the series, but there can be no doubting Elmer Damaso’s credits given previous Robotech work. An appropriate series, too! Robots and all.

Almost anticipating that people like me will pop up and dive into the series at this (a) issue one, there’s a recap at the start, and it looks great! I thought for a minute that I’d downloaded a computer game art book. We have Aloy looking out over the lush landscape of the world a thousand years after the global cataclysm, an introduction to a dangerous Ravager – one of the machine beasts that stalk the wild – as well as Aloy and ally Erend.

In the “Our tale begins” section, I’m given the lightning introduction; Aloy has agreed to help bring a fugitive called Korl to justice, and it’s personal for Erend.

I’m also looped into Aloy’s background with the Eclipse and Erend’s with the Mad Sun-King. I don’t know where this goes, although I know that the story is set during the events for Horizon Zero Dawn. Spoilers? I hope not. Dunno. Maybe.

The style changes dramatically as the comic part starts. That crisp and bold art become softer and pastel tones of sunrise. Erend and Aloy just missed Korl, but are hot on the suspect’s heels.

… and its flashback time. A reminder as to why Erend’s grief with Korl is personal. His sister died.

I don’t need to beat about the bush. There’s a lot of fighting. Things go boom despite people only being equipped with deadly looking spears. I get Viking overtones from the costumes from some and Aztec from others. Okay, that works for me.

It ends not on a cliffhanger but just shy of one.

Overall? My introduction to Horizon Zero Dawn has been a success. I’m not sure if I’ll cast my eyes over issue 2 or park this title, as I have with Twin Peaks, to experience the original when I have time. That runs the risk of it waiting as long as Twin Peaks has, though…

My review copy was provided for free by Titan Comics. Issue #1 goes on sale on July 28th.

A world of machines: A review of Horizon Zero Dawn – Liberation #1 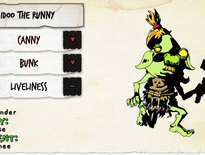 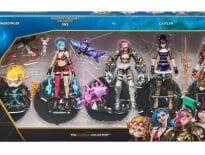