You are here: Home / Geek Stuff / Secret deals: Logistics experts weigh reports that the UK government is working to get board games and goods into Britain

Could the British army be delivering board games and other parcels this Christmas? It might be that or a dramatic U-turn by the British Government, argue logistics experts as the lorry crisis continues.

Gamers will have noticed that shipping to the UK is more expensive and less widely available than before. Plenty of Kickstarters have had to withdraw support for UK and others have deliveries pending a review. This blogger has several pledges stuck in limbo.

The problem isn’t just the lockdown and travel restrictions, but Brexit. In March, Geek Native spoke to several tabletop companies about just how hard the UK’s new political status is making logistics.

Rumours have grown into reports that the UK government is in secret talks to end the “Lorry crisis”.

Now the logistics experts at Parcel Hero have weighed those reports and said that the shortfall is of about 70,000 heavy goods vehicles drivers (many of whom are European) and could lend to rations. It’s far more than tabletop board games, card games, and models being hit by the crisis.

It’s possible the Government could be on the brink of a massive Brexit U-turn as the shortage of skilled drivers threatens empty shelves in stores and delayed home deliveries.”

Jinks went on to explain why the U-turn may well be a necessary consideration for the Brexit-supporting Government.

Last October, ParcelHero released analysis of Government migration figures revealing that, due to Covid and Brexit, around a quarter of a million people from the EU had quit the UK since the start of the year. Without doubt, that’s contributed to a shortfall of around 70,000 HGV drivers in the UK.

The impact of the driver shortage is potentially so severe that we may soon be facing a situation similar to the start of the first lockdown, with empty shelves and even a return to the rationing of staple products.

The reason is all-too obvious. Our analysis of Government figures last October showed thousands of EU drivers and warehouse operatives fleeing the UK to avoid new Brexit regulations. Many EU citizens didn’t meet the Government’s proposed criteria for skilled work visas. This mass exodus was exacerbated by the impact of Covid-19, which brought the training of new lorry drivers to a standstill.

Some significant and potentially dangerous steps have already been taken to try and tackle the problem. Parcel Hero noted;

Controversially, the Government has extended driver working hours, a desperate move that led the Unite Union to warn its members not to “place themselves in danger” by working longer hours. The Road Haulage Association has called the move a “sticking plaster” that will not “make any material difference” to the shortfall of drivers.

The Government is left with two deeply unattractive options. It can call in the army – as the Federation of Wholesale Distributors (FWD) and some retailers and manufacturers have called for – or eat humble pie and ask EU-based truckers who left the UK after Brexit to return with temporary visas, alongside other non-UK drivers.

Logistics UK says, “Without a temporary visa for drivers – similar to that recently granted to agricultural workers to pick vital crops – the supply chain will break down.” The Road Haulage Association is also pleading for a seasonal visa scheme for qualified HGV drivers to aid the coronavirus recovery.

The Department for Transport is reportedly now in “behind doors” discussions with leading logistics professionals on how they can tackle the crisis and has asked the industry for evidence to demonstrate the value of a temporary visa scheme. While the Home Office has repeatedly dismissed the suggestion, the decision may be taken out of its hands if the situation continues to escalate.

Parcel Hero, a company that lets people send parcels worldwide, such as bloggers, influencers and SMEs sending out competition prizes, has been keeping a Brexit study updated since problems at the UK borders became a concern.

Secret deals: Logistics experts weigh reports that the UK government is working to get board games and goods into Britain 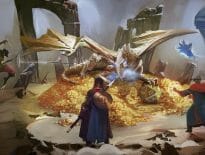