We thought it was all over when TSR Games (3), the people who had flip-flopped on whether they were the original TSR Games or just people who snatched up TSR Games (2) trademark (who had to rebrand to Solarian), changed their name to Wonderfiled.

All posts on all social media accounts for TSR and Dungeon Hobby Shop Museum should be considered invalid.

All posts on all social media accounts of Justin LaNasa and Ernie Gygax should be considered invalid.

TSR is in the process of recovering the social media accounts of TSR, The Dungeon Hobby Shop Museum, and the personal Twitter accounts of Justin LaNasa and Ernie Gygax.

Ernie Gygax:
“I wish to speak directly to the transgender community regarding this incident. The individual who was speaking to you on Twitter does not represent me or TSR in any way. Trans people are always welcome to play with us. Everyone is welcome at our table.”

There’s a lot to unpack there. Firstly Michael seems to be real. At least there’s a convincing LinkedIn account.

Secondly, once again (and like the now-fired old PR guy did before?), the news has gone out only on PR.com and no other channel.

Lastly, the old logo is gone, and there’s now a new logo for “TSR – The Game Wizards”.

Ernie Gygax still gave the YouTube interview, which wasn’t the intern pretending to be him. Doubts over whether there really was a nameless person controlling the personal social media accounts of TSR Games (3) founders aside, TSR Games still has an uphill battle ahead of them.

Hat tip to Morrus for noticing the press release. EN World’ coverage of this rolling dumpster fire has been great.

Not exactly a ringing apology. “We fired a guy. Ignore everything he said. Ignore what Ernie said.”

I think I’ll start ignoring it all once they apologize, not a second before. 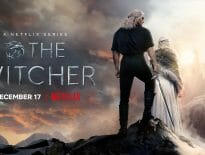 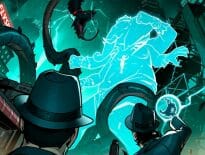