Handiwork Games has launched the sign-up page for a|state on Kickstarter. Geek Native has some pictures, including the cover, to reveal.

a|state is a world of both beautiful and baroque, a sprawling urban nightmare, with the second edition based on Forged in the Dark.

The game fuses the wine-dark visuals of Dark City with the socially aware dystopia of Metropolis. In a|state, you’ll not only fight off threats to your canalside home, but you’ll also strive to make the grim and haunted City safer and better. You’ll team up to defend your corner from selfish authorities, angry gangs and heartless industries.

Kickstarter backers get a 132-page PDF preview of the game straight away, and the complete edition will be at least 176-pages and hardback.

Ahead of the launch, I had the chance to run some questions by Jon Hodgson of Handiwork;

If readers are mainly used to D&D 5e but might be tempted by something else, is a|state a game to try? Why?

Powered by the Forged in the Dark rules, a|state will give you a wholly different play experience. It’s much a more collaborative thing between the players and the GM, and you work together to create many details of your corner of the setting, its characters and challenges. It’s typically described as a “fiction first” approach, which favours collaborative story telling as much as what your guy is doing from round to round. The setting of The City presents a very different type of world than a typical 5e setting, with a lot of contemporary challenges to face.

If you already have a|state 1e what’s the main reason to try 2e?

The rules of first edition were never quite what the original creators wanted for the game, despite being an incredible first game to have published. Forged in the Dark provides real focus to play, and is the perfect system for the setting. We’re really grateful to first edition veteran Gregor Hutton for suggesting the match. It’s perfect.

Do you need a copy of Blades in the Dark to play?

You don’t. Thanks to the generous Forged in the Dark license, we can include everything that’s needed in a|state 2e itself.

Anything cool that you ran out of space to mention on the Kickstarter page that readers might like to know?

The sign up page is very brief. Keep your eyes peeled for news on some of the amazing accessories we’re producing. If you’ve seen what we did on BEOWULF you’ll know how deeply we’re committed to beautiful gaming things.

There is a free to download preview adventure already available for a|state. Nicely, Done introduces Mire End, adapting the original short scenario, and as it is only a primer, you do need access to the basics of Blades in the Dark to play. Those are also free. 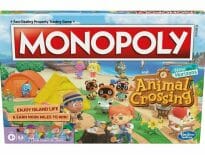 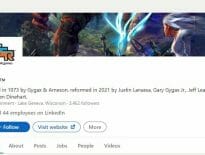