You are here: Home / Games / Tabletop & RPGs / Innovative and tactile RPG Not The End enters its final Kickstarter week

Fumble GDR has several hundred backers for their tabletop RPG Not The End, and that’s enough to make their Kickstarter target many times over.

The setting-neutral game is about heroes taking risks. Many games describe themselves as innovative, but that’s the word I’m picking for Not The End. The game uses character sheets made out of hexagons (or Hives), and how those hexagons relate to one another determine the characters’ abilities. Furthermore, players can take transparent coloured tokens on top of those Hives when a significant test changes the Hero, thus changing the character sheet. You can check out the details or pledge from the project page.

The system used is called HexSys, and it was developed for Not The End. I will not be surprised if we see it used elsewhere.

Not The End is itself, a development. The original game came out in Italian. This Kickstarter is for more than just a beautiful English language version, but an upgrade that factors feedback and improvements.

In Not the End, each Hero is described by keywords placed in a hive of hexagons, each representing one of their distinctive traits. How the hexagons relate to each other within the hive creates bonds that make each Hero unique.

I especially like how Fumble GDR (which I always read as GDPR; blasted rule-makers) thought about colours for their transparent tokens. There are two, an orange and a purple, but they are picked so that even people with many forms of colour-blindness (but not all) should be able to tell them apart.

As you might imagine, the use of tokens and gorgeous art is reflected in the price. That’s moderated downwards by the involvement of Mana Project Studio, who seem to have a knack at making great looking, high production value games without charing the Earth.

Not The End actual play

Not The End rewards

Let’s look at the pledge tiers. The campaign starts handing out rewards at €24 (or about £21). That’s a digital tier that gets you the Corebook in PDF, the Stories book in PDF and the Lesson Card Deck also in PDF.

The next level up is €68, which is quite a jump but adds the hardback of the print version and the token set. That’s about £59, and it feels like a fair price.

If you also want the Stories book in hardback, then the reward tier adding is available at €108. The retail price will be €135.

There are higher tiers if you want more copies of things, such as extra tokens or the deluxe editions.

Shipping isn’t included, and the project, irrespective of the tier you go for, has an estimated fulfilment date of November 2021. 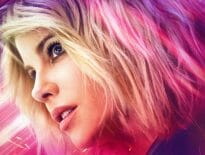 Movies Amazon and Kate Beckinsale give us a Jolt 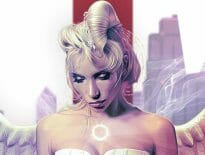