You are here: Home / TV / Anime / As awesome and weird as expected: Chainsaw Man anime gets a trailer

Not the faint-hearted, Chainsaw Man’s anime trailer makes an impression and leaves you in no doubt what’s coming.

If you can’t wait and are captivated by the following sequences of “wot?!” then rest easy; Viz has the manga on comiXology.

Ryū Nakayama, who has directorial touches on Black Clover and Jujitsu Kaisen, is directing the MAPPA produced series and Ajin and Attack on Titan (Final Season) scribe Hiroshi Seko is adapting the scripts. Imagine that for a creative partnership.

The award-winning series is described by Viz;

Denji’s a poor young man who’ll do anything for money, even hunting down devils with his pet devil-dog Pochita. He’s a simple man with simple dreams, drowning under a mountain of debt. But his sad life gets turned upside down one day when he’s betrayed by someone he trusts. Now with the power of a devil inside him, Denji’s become a whole new man—Chainsaw Man!

I’m yet to dig into the manga and will now wait for the anime as I’ve every reason it’ll be as awesome and weird as the trailer was.

As awesome and weird as expected: Chainsaw Man anime gets a trailer 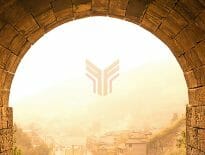 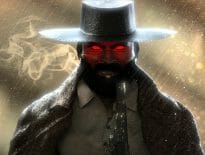