You are here: Home / TV / Anime / Battle in 5 Seconds After Meeting turns gamer nerd into a dangerous hero

Battle in 5 Seconds After Meeting is expected to air as an anime in July, coming to Japanese screens after the manga sold more than two million copies.

The hero in the story is Akira Shiroyanagi. Akira is a school kid who likes sweets and computer games, then he’s dragged into a strange conflict by a girl called Mion.

Akira discovers that the mysterious Mion has taken him into a battle where he and everyone else how powers. He’s told that he’s been erased from the family register and is now involved in an experiment.

Akira takes his own especially unusual power and decides to take on the organisation that set all this up.

In the manga, Akira’s unique power is that he gets to use whichever ability his opponent thinks he has. Cue the mind games.

Other characters have the power to boost their strength, turn wood into weapons or become invincible for a brief time. 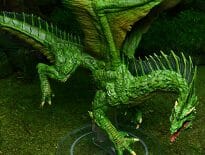 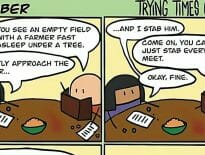