You are here: Home / Games / Tabletop & RPGs / Defeating the apocalypse one fight at a time: A review of ARC

If you accept character death as a consequence of failure in ARC, then everyone else in the group gets an XP boost, the doom clock advances one movement, and you create a new hero.

ARC is a setting-neutral RPG that pits characters against the apocalypse. Designed by Filipina game and graphic designer momatoes, Exalted Funeral has it in Kickstarter right now. Geek Native had a alternative cover reveal in which you can discover plenty of the stylish art used by the game.

I’ve had access to the preview copy of the game and liked it so much that I’ve backed the Kickstarter. I guess that’s the short form of this review!

As advertised, ARC is a rules-lite but tension-heavy game. It has a fantasy vibe, but I think the approach isn’t firmly wedded to the genre. The core rules come with fantasy equipment and spells, though.

Most importantly, doom is coming.

Despite the impending end of everything you hold dear, the goal of ARC is to have fun, build a story and have a heart-racing adventure.

I think with the doom clock mechanic, ARC will manage to do all those things. You have to balance distractions or side quests, which might help power up your character or even be necessary to solve mysteries, with the inescapable truth is that the damn clock keeps ticking persistently away to the end of the world. To delay means death.

ARC isn’t bundled with one particular flavour doom. The means of the apocalypse is up to you. It could be marshmallow flavoured if you want.

ARC has the whole gaming group involved in world creation and sketching out the nature of the incoming destruction in the spirit of cooperative and coordinated games. That means agreeing on long-term goals for the party in advance and designing a doom that incorporates that.

My long-running games are all open-ended, with an involving story and endless options. In contrast, ARC is best suited to time-bound games with a finite number of sessions in mind. The designer suggests 1 to 3 sessions is ideal.

Omens are used to foreshadow and provide structure to this looming threat. They are mini-story arcs on the way to the apocalypse, and games start with three of them.

Here’s an example from the game which demonstrates just how flexible the end of (your) world can be. Let’s say your doom is about the local chieftain’s wedding, then the three omens could be;

Exactly how long you have on the doomsday clock is related to the amount of time you have to play, not on the omens. In shorter games, the clock ticks faster.

In a one-shot, the recommendations are to give the doomsday clock one moment for every 3 hours of play you have planned and then, during play, advance it one every 30 minutes. That would mean a session scheduled for 4 hours begins with a doom clock with 12 moments before the end of the world, and one moment completes every 30 minutes.

Does that mean there’s plenty of time to save the world? Other actions or failures also consume those precious moments.

Character generation in ARC begins by considering the approaches PCs might take to solving problems. It’s an exciting alternative to starting with race, class or even attribute selection.

The three approaches are; Creative, Careful and Concerted. A zero in any of these means the character has no aptitude for it, and a +3 means they are expert.

Throughout ARC’s character generation, you have rules for either point builds or random. If you go with random, then some rather lovely safety systems in place try and balance out too strong or too weak characters while not flattening the bell curve of probability too much.

Blood and Guts are scores in ARC, and they can be sacrificed to make things happen. Blood is a measure of how much physical damage a character can withstand. Guts represent psychosocial damage.

In another unusual move, ARC differentiates itself from most other RPGs by having Blood and Guts vary from day to day! I’m sure this will confuse some people, but I got it straight away, and I can’t be the only gamer who has good and bad days.

Skills exist in ARC, 18 of them in 5 categories and like Approaches range from +0 to +3. They can be bought by points or assigned by random.

After skills, ARC bravely puts mother other character traits into a group known as “Inventory”. The five categories of Inventory are: Damage & Resist, Supplies & Sundries, Oddities & Valuables, Spells and Techniques.

If you used random means to determine your Blood and Guts and rolled low, you get more Inventory points, and the same is valid for Skills.

Of course, you can also pick your Inventory randomly, but each thing on it (be it a spell, oddity, etc) has a point value, and if you’ve received an Inventory bonus for rolling poorly in the past, then you keep rolling here until you’ve used that bonus. After that, it’s up to you to be clever with your jack of all trades character.

To succeed, roll one dice and hope it’s under the target number.

The target number is generally the sum of your Skill and the Approach you’re using, but there can be modifiers.

In fact, ARC is surprisingly tactical when it comes to combat and placing yourself to support others in your group can be a statistically significant target number modifier.

There are critical hits, known as “Successes With Opportunity”, in the game too. If you roll a 1, roll again, and if you get another 1, you’ve landed one.

Blood and Guts can both be spent to upgrade failures or ties to a success.

I cannot wait to get my mitts on my physical copy of ARC from the Kickstarter.

The layout is fresh and clear, and perhaps this is the rare boon that comes from a game designer like momatoes, who clearly has a talent for both rule sets and visuals.

The book uses large, clear text, lots of colours, and illuminates keywords and game phrases with background marking (as if someone drew a highlighter pen over it).

Some pages are single column with a few well-placed paragraphs on them (there’s never a wall of text), some two columns and some three. Every page has a sidebar.

Art, either illustration of characters and monsters or abstract designs, is frequent and bold. As a result, ARC does not feel like a Tolkien or D&D fantasy, nor a comic book or manga spin-off, nor sci-fi or horror. While I suspect there’s Southeast Asian inspiration in the monsters at the back of the book, it does not, to me, feel as if I’m reading or playing a game that feels specifically Southeast Asian. My playtest, over Discord, was specifically Scottish when the Kelpies rose from the Water of Leith to reap their murderous revenge.

I think everyone should like ARC. However, I concede that not everyone thinks like me, and there will definitely be those who don’t take to the game at all. If you’re deliberately looking for a county game of hex-strategy and even something of an adversarial relationship with the GM (known as a Guide here), then ARC won’t be for you.

I think ARC can (and should) be a first tabletop roleplaying game experience for new blood into the hobby.

ARC is a breath of fresh air. It doesn’t seem beholden to any established rules of RPGs, yet seems to show the experience of many years of grognard wisdom.

My prediction is that we’ll see momatoes and ARC mentioned once the tabletop awards session rolls around again. That’s quite a contrast to life as a mainframe programmer.

Disclaimer: My advanced copy of ARC was provided for free to facilitate a review. I am now a paid-up Kickstarter backer.

Defeating the apocalypse one fight at a time: A review of ARC 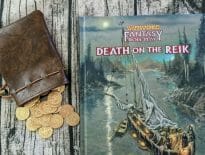 Tabletop & RPGs Classic for a reason: A review of Warhammer’… 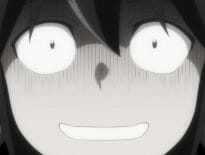