You are here: Home / Games / Tabletop & RPGs / Exclusive: The first look at ARC’s alternative cover, the RPG to slay the apocalypse

That’s the same Exalted Funeral you may know from Ultraviolet Grasslands and Old School Essentials. Equally, if you have half an eye on the creativity coming out of the Southeast Asian game designer scene, you may well have heard of momatoes.

The “Notify Me” page for ARC: Doom Tabletop RPG is live on Kickstarter.

There are hundreds of people who’ve signed up for alerts, but we don’t yet know what you might need to pledge to get the alternative cover version of the book.

The alternative cover will be limited, though. That “Notify me” button is your friend.

So, what else do we know?

ARC is a “doom RPG”, which is very much in fashion, and a rules-light, tension-heavy system with a real-life timer. Players have until the end of the countdown to stop the apocalypse.

Sound tough? Maybe, but we know ARC was built with first-time GMs in mind as well as oldies like me.

It’s expected that ARC will launch on Kickstarter next month, perhaps very early next month.

We also know what some of the art will look like. In addition to the scoop on the alternative cover, Geek Native has landed some of the RPG’s art.

Exclusive: The first look at ARC’s alternative cover, the RPG to slay the apocalypse 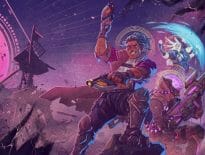 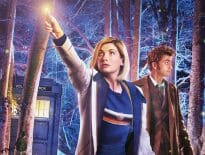