Coiledspring Games is a tabletop games distributor and they have the exclusive rights on some popular games. Their catalogue includes Iello, Blue Orange, and Pegasus Spiele.

This week the company announced a giveaway in which people could win a bundle of games. The photograph used in the promotion shows Forbidden Island, Richard Garfield’s King of Tokyo, Zombie Kidz and Qwirkle. Partnered with the competition is a British site called Mumsnet. Mumsnet will likely have charged Coiledspring a hefty fee for the service.

Mumsnet is a forum site with a history of working with mum bloggers (or mom in American) and running a commercially successful community. In recent years, though, the site has become a hotbed of transphobia.

In one high profile example, TV writer Graham Linehan and Mumsnet readers petitioned to have the Mermaids charity, which looks after transgender children, stripped of a grant.

Coiledspring Games may not have known this when they accepted the deal with Mumsnet, but gamers let them know quickly and loudly. The Twitter thread is full of howls of protest.

A few days later, in a Twitter-image post, Coiledspring acknowledged the backlash and shared a statement from themselves and one from Mumsnet.

In their response, Coiledspring Games does not apologise or remove itself from Mumsnet but does say it is committed to not discriminating against individuals or groups.

The Tweet also says that the tabletop distributor is not a campaigning group.

Unfortunately, the response from Mumsnet contains campaign and transphobic messages.

Mumsnet begins by saying it will always stand in solidarity with vulnerable or oppressed minorities, that it believes in trans rights and has hosted an LGBT parents forum.

However, then it says a significant proportion of their users feel strongly about what they see as a gradual erosion of women’s hard-won rights and women-only spaces.

Of course, it can still be possible that this is a small company caught in an awkward situation and simply not sure how to respond.

However, the lack of action and the apparent indifference to Mumsnet’s determination to link an erosion of women’s rights and safe spaces with transwomen has pushed some British gaming stores into action.

Some FLGS have been publically cutting ties with the company.

The Dundee and Perth located Big Dog Books have said they will no longer stock Coiledspring Games’ products. They have also cancelled a digital event they had been due to hold with the distributor.

In Edinburgh, Black Lion Games have suspended the relationship, albeit temporarily, and raised the flag.

There have even been international reactions. The Montreal based Scorpion Masque had a game featured in the competition, and they’ve made it clear they want out.

I am part owner of Meeple Perk in Newcastle Upon Tyne and we have also cut ties with coiled spring after they did this. Good on these businesses for helping make the tabletop gaming scene a better place 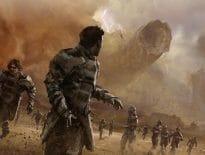 Tabletop & RPGs Free to Download: Dune – Adventures in the I… 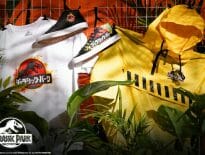