Favor is an ambitious first project from Eclipse Entertainment and a post-post apocalypse RPG on Kickstarter. The game has a Light Phase and Dark Phase structure to divide the prep and influence section of the plot and the complete gigs and jobs section.

The indie publisher is looking for $30,000 to fund the game and has made a healthy start with nearly $5,000 pledged. There are still 23 days on the clock at the time of writing, and you can check the details or pledge from the project page.

There’s no pitch video and just a little art on display, which is unusual for a campaign asking for $30,000.

However, the “Anthroform identities” shown as little headshot sketches are great, and I found more in a press kit.

Favor is a futuristic, cyberpunk noir role-playing game that takes place on a distant planet and its struggle to discover its own identity as it examines its past. With genetic engineering and cybernetic augmentation kicked up to a thousand, the world rallies to reinvent a past that was never there, while standing at the precipice of a nuclear winter brought forth by ancient interstellar war.

A pledge of $5 will get you some of that good looking art in the form of wallpaper. However, you need to step up to $25 to get Favor as a PDF>

EE plan a hardcover book, which is added to the rewards for people who pledge $50 or more.

There are higher tiers, such as the $100 Resilient Virtue or $200 Florius Seraphim, which offer signed copies and design options.

The PDF is due in January 2022, with the books later in May. 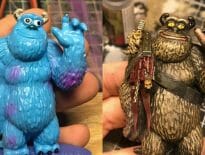 Geek Stuff Fresh out of bugbears 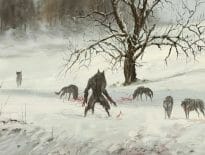