You are here: Home / Games / Tabletop & RPGs / Make monsters your prey: A review of Wolf Hounds

Wolf Hounds is a tabletop RPG from Devin Fortman. It’s a Name Your Own Price game, published by Hare Trigger Games and available from Itch.io.

Based on John Harper’s World of Dungeons: Turbo, using a lightweight Apocalypse System, the game needs a GM, a small number of places and dice.

Wolf Hounds is inspired by real-life history. The Benandanti, in the game, are a society of werewolves who defend their communities from a nasty range of supernatural horrors, often by taking the proactive approach of hunting them down. In real life, the Benandanti were an authentic culture that could be found in Southern and Eastern Europe, who believed they could become wolves and for that belief were hunted by the Inquisition.

During the Inquisition’s so-called trials, the Benandanti held to their beliefs firmly, insisting that they fought against the forces of Hell.

I hadn’t known any of this before reading Wolf Hounds.

There are three attributes: Might, Agility and Insight. These attributes range from -1 to +4, and characters begin with a sum of +1. Characters also have Hit Points, Grit and Talents.

Talents are powers, like Night Terror, which allows you to terrify onlookers or Shade Cloak that lets you hide in the shadows and are restricted by your Concept.

Not all Benandanti are werewolves, known as Hounds, as some are Seers (or Witches) and have different supernatural powers.

Game mechanics are simple with 2d6 plus your relevant attribute, which might be a negative. Grit is used to buy rerolls, gain an advantage or create some luck.

In Wolf Hounds, the GM may also roll the Fortune Dice, sometimes with advantage or disadvantage, to determine a random chance.

Tabletop RPG sessions of Wolf Hounds are structured like TV shows. That might mean some “Monster of the Week” and build up a more structured storyline that leads to something bigger.

Adversaries and threats are inspired by native mythology, so Eastern European folklore, Slavic, or Scandinavian if the game ranges there. Threats could be spirits, demons, undead, sorcerers or, of course, just the mundane and might evil of humanity.

However, Devin Fortman suggests also in the 20-page download that the “Good Walkers” could go to other planes, or the GM could create an alternative history where the Benandanti didn’t face out and perhaps continued in hiding during the expansion of the Soviet Union.

The Siege of Selburg

Starting at page 14, Hare Trigger Games includes a short pre-written scenario. I’m not sure if anyone likely to find Wolf Hounds needs a pre-written scenario, but sometimes it’s helpful to have one handy. It can also be insightful to see the sort of game the author would run.

As with the rest of the download, there are no illustrations or maps to bring Selburg to life. There’s just easy to follow, crisply written, clearly presented text.

Tucked in at the end is a helpful table of medieval Livonian names, and that’s more likely to be something would-be GMs for Wolf Hounds would appreciate.

Wolf Hounds is a welcome addition to my collection. I’m glad the cover caught my attention.

Make monsters your prey: A review of Wolf Hounds 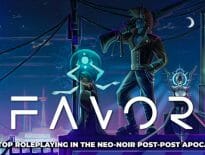 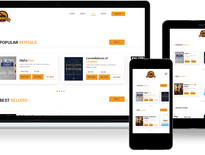