You are here: Home / Games / Tabletop & RPGs / Mech-dino horrors and Cthulhu-spawn (mostly): A review of Nightmares 1

Nightmares 1 is a collection of monsters for 5e by Cthulhu-famous Petersen Games. It gets a thumb up from this reviewer.

I’ll admit a fondness for bestiaries, which seems odd given only a weak interest in crunch, no interest in melee heavy games and an appreciation for politics, discovery and intrigue in my RPGs.

Perhaps it’s the mystery. I think something is satisfying in having access to a tome of discoveries, monsters and horrors presented in a safely academic context and the revealed secrets that come with that.

I suspect, also, it’s the pictures.

Mostly, I get all of that in Petersen Games’ Nightmares 1 (which implies they’ve got Nightmares 2 as a possible future book). The word “mostly” is important here, and I’m taking it from their introduction. I missed the caveat the first round and was therefore surprised by the exceptions when they showed up.

At Petersen Games we love monsters. In the course of doing our first three Sagas for Sandy Petersen’s Cthulhu Mythos, namely: Ghoul Island, Yig Snake Granddaddy, and Dark Worlds, our writers and developers invented more than 100 new encounters. While these are custom tailored to those Sagas, being mostly Cthulhu Mythos related, they could fit into any dangerous and epic 5e campaign!

After a series of appropriately nasty monsters set expectations for Nightmares, my surprise (the “mostly”) came on page 9. There I found a determined-looking bodyguard. What’s she doing here? She’s a change of tone. She’s not a nightmare. I suppose, though, her job is to protect you from nightmares.

It should just have been a moment of confusion. I should have quickly have told myself, “Look, I’d rather have the stats and illustration for this NPC than not after it”. I should have said the same thing for the Captain of the Guard on page 11, the druid, first mate, half-elf warlock rogue on page 94, the high priest of light, human paladin, priest of light, priestess of Bastet and tiefling duelist. I didn’t, though. Each one hit me anew and left me asking, “What’s she doing here?”

As I wrote at the start, Nightmares 1 gets the thumbs up. I’ve no doubt that Nightmares 1 is a good buy. This is just a niggle. I suppose the worse possible charge is that there’s padding in Nightmares 1, but I don’t think that’s the case. I’ve listed out the 10 “normal” NPC types that appear here. That leaves roughly 120 other nightmares in Nightmares.

The mech-dinosaurs don’t feel out of place at all. But I can see how they might provoke the “Wait, what?” reaction in other readers.

The concept of Nightmares is a good idea too. It’s a no-brainer. Suppose a publisher commissions an encyclopedia worth of illustrations and monster stats for three whopping Mythos campaigns. In that case, they should get as much value as possible from them while answering the question, “Would customers want this?”

Yes, turn all those Cthulhu-spawn horrors that unfortunate players/fortunate DMs can find in the Petersen Game Mythos books into a standalone tome. I have Dark Worlds, but not Ghoul Island, Yig Snake Granddaddy, so I don’t have all the horrors. Even with Dark Worlds, it would be handy to use those monsters again without hunting around in a scenario for them.

Thankfully, the experienced design team here know exactly how to bring the promise of Nightmares to life. There’s a “by challenge rating” index for the monsters here, as well as an alphabetic one. Where appropriate, the horrors are grouped together. The Deep Ones flock together, the dinosaurs are listed in a section together, and the Serpentfolk as well.

What exactly do you get?

In general, you get an illustration for each monster. It’s frustrating when other supplements don’t do this. Professional art, the ability to show players a picture or be inspired by a beautiful visual, is a big part of the attraction of bestiaries.

There’s some context and flavour, too, so you know how to handle each of these potential terrors.

I won’t list all the monsters, but here are the categories (and not every nightmare fits into a category…)

There are modern adjustments, of course. “Kaiju” is not a word you find in Western Lovecraftian-era writing. Nor did the racist bastard write about lasers turrets mounted on dinosaurs. He didn’t write about tieflings and fireballs either, and what Petersen Games continue to do is successfully blend the mythos into D&D.

The CR of these nightmares tends to be below 10 (anecdotally, that fits most D&D groups I know) but stretches up to 22.

Petersen Games know what they’re doing. Nightmares 1 is clearly laid out, easy to read and browse.

Quickly finding what you need is as vital as flicking through pages, electronic or otherwise, searching for inspirations. Nightmares 1 passes both checks.

I don’t think the book would exist if the illustrations weren’t so good that they needed to be used again. Some are stronger than others, and a few are weaker, but this is a good collection.

I’ve a review copy of Nightmares, so I expect some odds and ends out of place. I note that the Tar Xombie Goblin and Flesh Fly are listed as CR 1/8 and CR 1/4 encounters.

I also have some thin pixel lines across some illustrations but can’t tell you whether that’s my Kindle reader, computer, download quality or any one of many issues that you won’t have. But you might notice them in the art previews I’ve included in this review, so mention them here.

Overall, Petersen Games fans are unlikely to be disappointed.

My copy of Petersen Games’ Nightmares 1 was provided for review. The book is expected out in Summer 2021 and, I believe you’ll be able to get it from this page on Petersen Games, but not yet. If you have DriveThruRPG vouchers to spend, then there’s also a bookshelf there for the company. 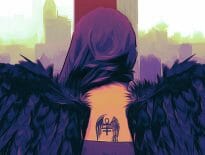 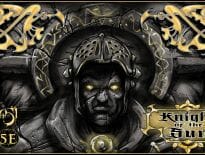 Interviews Knight of the Sun: The gorgeous moral dilemma of w…
wpDiscuzComment Author Info
Manage Cookie Consent
This site uses cookies 🍪, and links are ads that may earn bloggers some money 💰, and with this alert, I very much hope that these dark truths 🧌 are acknowledged.
Manage options Manage services Manage vendors Read more about these purposes
Preferences
{title} {title} {title}
Loading Comments...