Your reward for scanning the list? The hope is that these scout reports help with the informed discovery of your next anime show.

It feels more helpful than ever with giants like Sony (Crunchyroll and Funimation) and Netflix throwing money into a fierce content battle. Meanwhile, Amazon and smaller sites like HiDive and even Hulu aren’t surrendering either. It’s a far cry from the time when any anime here in the West was expensive and treasured.

Given the vast array of options and the happily constant stream of incoming shows, we all benefit from scout reports. Is there an anime you want to flag as a “watch this” or “avoid this”? Let us know, avoiding spoilers, in the comments.

Equally, if there are any titles you’re interested in and hope someone has an opinion on, let us know, and a reader might have some helpful thoughts in response.

You have to appreciate the longevity of Naruto and Boruto as even after hundreds of episodes, there are fresh stories to explore, new angles and characters come and go.

If Naruto was defined by an insider tearing himself painfully away from the group, I’m beginning to wonder whether one plot arc for Boruto is the opposite of an outsider being adopted by the group.

In previews Boruto reviews, I’ve marvelled at the interesting technology of this alternative world. There are what appears to be computers in this world, yet the idea of raising an aerial into the sky so that radio waves can go further was considered innovative.

In past series, we’ve had almost mystical baddies, and in this, the technology levels of the secretive organisation that the Leaf Ninja will have to face is impressive.

I’m glad I gave Gun Gale a chance. Not that I didn’t enjoy watching the original series of Sword Art Online. It’s just that it hasn’t matured that well in my mind. I don’t look back with rose-tinted glasses; I look back with some scepticism.

Gun Gale is fresh. The show doesn’t seem to make that much of a big deal out of the lead character being female. Or that she prefers to play in pink. One whole point of Gun Gale is that people can be very different online than how they are in real life.

Gun Gale also points out that even if computer games aren’t deadly like the original Sword Art Online, what happens in them can be meaningful and impactful in real life.

That said, the ultimate finale trails off without the same bold strokes and action that marked the rest of the series, and that’s a small shame.

No Guns Life has enough surprises in these first half-dozen episodes to reassure me that this is a well-scripted story and not just a concept (a guy with a gun head!) brought to life.

So far, the monsters aren’t the machine-hybrids, the cyborgs that people in the streets are afraid of, but the mega-corporation monopoly seems even to bully governments.

Surprised? No, nor me.

The dominos keep falling. What No Guns Life shows is that no good deed goes unpunished. In a world where the rich want to carry on with their own schemes, anything that looks like a wrinkle needs to be ironed out, which means applying heat and weight in equal measure.

However, despite the careful weaving of interests up to now, I fear No Guns Life may be heading to just a showdown at high noon ending.

Magatsu Wahrheit is appropriately bleak and dark at times, and it’s amazingly matter of fact about it. I’m reminded so much of movies about life under Nazi oppression in war-torn Europe, except the sides aren’t so clear cut in Magatsu Wahrheit.

The monster problem that has been so carefully foreshadowed is now rising to the surface and surprising. It might be the thing that brings opponents together, but it might also raise the states beyond any hope of reconciliation. Yes, I’ll be watching the next few episodes with some trepidation!

However, the synopsis for Magatsu Wahrheit and the opening sequence remains inexplicable to me. What was that drama with giant lights? Perhaps the anime’s origins as a roleplaying game clue people in. I’m just left to hope there won’t be any dramatic lurches or changes in tone to suddenly make a carefully paced story suddenly merge with the fast lane.

I’m pleased that I carved out the time to watch Tiger & Bunny. It was worth it. The anime does join the list of “first animes to watch” recommendations.

While Tiger & Bunny is a good anime for first-timers since it mixes action with a reasonably twisty (but never knotted plot), character development and some stunning visuals, there’s also plenty in the show for old cynics like me.

In particular, Tiger & Bunny is both a homage and a pastiche of its own genre. But very gently.

I suppose it’s a little on the long side, I imagine we could have gotten to the finale with fewer distractions, but I’m glad the team got permission to tell the story they wanted. 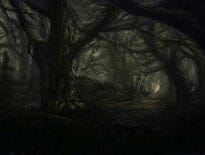 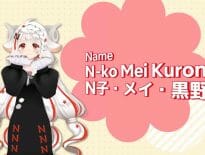