Netflix has revealed a sheep-human called N-ko Mei Kurono as their ambassador mascot.

What do you make of Netflix’s branding efforts? I think it’s an interesting case study as experts always talk about the importance of consistency and repetition when it comes to brand.

We might all be familiar with the clunk-clunk of the Netflix logo at the start of show shows, and there’s no doubt Netflix is a massive brand. Netflix Originals, though, has its own inconsistent appearance, morphing in a way I like to match the show it introduces.

Why do they even need a mascot?

Crunchyroll has Hime, a cute girl, and as of 2016, Funimation has Seisei, another pretty girl. So perhaps Netflix felt left out?

Hime and Seisei appear as apps start, and in other interstitial experiences, they appear in online expos and on merch. It’s hard to see the sheep-human lifeform N-ko Mei Kurono do any of this.

Netflix, no doubt, has some clever plans and a need for an ambassador. I look forward to finding out what they are. 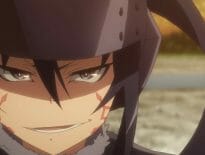 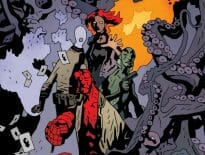