You are here: Home / Games / Tabletop & RPGs / Asmodee gets Plague

Ndemic Creations has given Asmodee the exclusive rights to distribute the English language version of Plague Inc.

In digital form, Plague Inc is one of the most popular paid mobile games available today and has been since its release in 2012. Over 160 million players have had a shot.

While Plague Inc isn’t a game inspired by our current pandemic, it has been praised by both the CDC in the United States and the WHO. Why? The game manages to offer a fun and accessible way in which to portray the details of an outbreak.

In that spirit, James Vaughan, CEO and Founder of Ndemic Creations, told press;

We are thrilled to include Plague Inc: The Board Game amongst the other successful tabletop titles in Asmodee’s catalog. It’s an infectious game, please remember to wash your hands after playing!”

It’s expected that Asmodee will get Plague Inc to retailers for May. 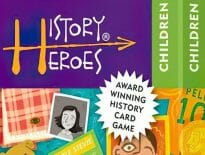 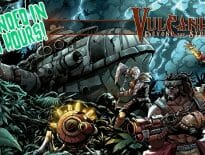