You are here: Home / Games / Tabletop & RPGs / Briar & Bramble: The sorrow of a Watership Down RPG

Ashcan editions are generally the first look at an RPG or a cutdown version. In this case, Freddie’s art free offering suggests it’s an alpha or beta release, ready for you to look at but perhaps not the finished version.

The Powered by the Apocalypse RPG is set in 20th century England, in the countryside. Ish. In truth, the designer does not want that to limit the animals you might play.

Want to play as a possum in the English countryside? Go ahead, says Taylor-Bell. You’ll be an exceptionally minded and community-focused animal no matter what you pick. As long as the animal won’t look out of place next to a squirrel or a mouse, then it’s a contender. Nor, I suspect, will it matter if you stray from England into Wales.

Yes, you’ll be playing as an animal in a game that leans on inspirations like The Animals of Farthing Wood and Watership Down.

So, yes, again. This game can be cruel and isn’t a fuzzy furry romp. x-Cards, as well as Lines and Veils, as safety features, are part of the game.

Typical challenges that your animal character might encounter include;

Briar & Bramble use clocks, the mechanic by which you keep track of a score, and it does something once you tick back around and reset the clock.

You’ll have seen the word “community” pop-up in that list of typical challenges often, and Briar & Bramble has The Community Conflict Clock.

So while Briar & Bramble presents itself as an animal game, one in which invites emotional investment, then conflict and thus flirt with despair, I think it’s really about community.

Sometimes the needs of those in the community seem to be mutually exclusive with the community’s needs as a whole. That’s a thorny issue.

As an ashcan, Briar & Bramble is a Name Your Own Price offering from Itch.

I think it’s one worth checking out, but perhaps not while grieving the loss of a pet or while feeling emotional.

Briar & Bramble: The sorrow of a Watership Down RPG 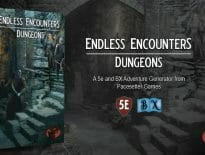 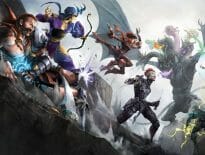