Every month, Geek Native’s patrons can nominate and vote for RPG publishers and creators in the Spotlight.

We talk about the challenges new publishers might face, whether the DMs Guild is suitable for everyone, and whether we pay artists enough. Louis doesn’t hold back.

An introduction to LPJ Design

I always like to start with the basic introductions. I know LPJ Design for Haven and the art in great image portfolios but who better to hear from than Louis himself?

Who are LPJ Design?

We are a gaming company that specializes in creating unique intellectual property for role playing games. We have done products for open game licensing OGL line since 2000 consisting of D20, mutants and masterminds, Pathfinder, and some other independent lines.

Okay, so that’s who LPJ Design is, but to get a good feeling of what we might expect from the company, we would be wise to find out how the company thinks.

What makes a good RPG?

First, last and most importantly, it must be fun. If it’s not fun, then what do you really doing? Just wasting time, apparently.

Why do you think Mutants & Masterminds, in particular, has found such an enthusiastic audience?

Superheroes at their core are really easy concepts for people understand. Everyone at one point in their life has picked up a comic book so it’s something that we can as a culture identify with. And now with Marvel Comics killing it in the movies a lot of characters that may or may not have gotten exposure are now finally getting that exposure to the masses. And with that, of course, people get interested to find out if any superhero games. And with Mutants and Masterminds being one of the largest and most popular I think it just happened to be a perfect time for everything came in perfectly.

What makes a good image portfolio?

When it comes to art I’m really looking for passionate artists who really want to work. That’s really the hardest most important thing. Most people think it would be the art which of course is important but you’ve got to get people dedicated and releasing artwork. There’s nothing worse than an artist who’s really great who only releases one piece of art a year. Those that work on our image portfolio line are really using this as a way for them to generate extra income by work they’ve done in the past. It really is just a win-win for everybody involved.

I know LPJ Design sells image portfolios and so I was curious about the price of art. I find it incredibly expensive to commission it here at Geek Native and only have a dozen or so pieces. Imagine trying to do a whole roleplaying book?

Do we undervalue artists and illustrators? Or to put it another way, do gamers expect lavishly decorated RPGs that also cost hardly any money?

Honestly, I think we undervalue them in the sense of we need the hard work to come in for a reasonable price that we can make a profit which is in direct opposition to doing really awesome looking artwork that you’d cost a lot of money.

The tabletop industry as a whole has an issue with rate of pay versus rate of work. For a long time the sales of books were quite low so the money that we spent on this artwork had to be commencement with it.

Many people feel that everyone’s underpaid in this industry but the same breath they don’t want to pay two times or three times as much for a product they’re paying for right now.

We really need to find a way to get more people to buy products at a lower price point to really help move everyone’s salary in a positive direction. But our biggest issue is that we have to directly compete with video games which people are used to paying $60 to $70 for and not even worrying about it.

Is there a problem at the heart of RPG publishing?

Louis has a point, right? People want two opposite things to happen; for books to be cheap, especially if they happen to be digital and not paper, they also desire the people who made the books to get more money. Is that even possible?

How has the tabletop industry changed for you over the years?

It’s funny to me I’ve noticed the biggest change in the industry is how many more people are making products for the DM’s Guild which in turn they need to get 50% of their income to them as a trade-off.

If you are a small company that just started in the last few years that seems like a great deal. But if you’re an old-time guy like me who’s been doing it you know 15 to 20 years before even seeing something like this it is an incredibly bad idea.

But I know enough people made a lot of money being on DM’s Guild but at the same time they can’t build a fan base really because they isn’t a correct way for them to market themselves.

That might have changed in the last year but it’s still very much a market where the top 1%, still generate probably 80% of the money while the remaining 95 to 99% sell very few and really can’t move out to be big sellers because they haven’t developed their fan base.

I like the idea and concept of what the DM’s Guild does but I think the execution is quite limited to small groups of people who fit a very specific profile that certain companies are looking for.

Have you looked at Itch and, if so, is it any better? Or is the same fundamental problem still there?

I think some really shoe is the amount you’re paying versus the quality of stuff you’re getting. And not even from the publisher side I mean the back end. If you take a look at drive-thru where they take 35%, but there isn’t a lot of technical stats I can get about my sales. It’s one of the issues that I’ve been harping on for well over a decade. There’s no need for drive-thru to make any real changes because they control the market and there aren’t really any competitors they have to worry about. If they were even one or two more competitors you’d see incremental changes but since they’re the biggest fish they only worry about what they want to worry about. Plus also the 35% does seem a lot in this day and age especially when a lot of the tech has already been done already. But you’re also talking to somebody remember when it was 15%.

If you were a mentor to a promising new RPG designer who could write great content for 5e, how would you steer them on selling their books and growing their business?

The best thing now for somebody starting out is a fighting publisher is really look at the top sellers and see why that the top sellers. Most things that are difficult to do like doing regular releases is going to be one of the motivating factors for being a top seller. If you can create products on a regular basis and I always just once a week you can slowly and efficiently build yourself a fan base. But you still got a market your products and other places other than DM’s guild. You have to do some Facebook ads to get some notice and more importantly, you have to get some bigger name people to work for you once in a while so you can draw from their fan base to help possibly be limited to your fan base.

As stated in other RPG Publisher Spotlight pieces, I don’t like to let publishers or creators go without also trying to get a glimpse into the future. A future that only they know.

Is there anyone you would love to work with?

Funny enough I’ve actually worked with majority people I really really wanted to work with. There’s so many people that may have worked with me in the past and started with me that have gone on to work for several of the major companies. I always think of myself as someone who likes finding new talent and bringing them in to the industry and then giving them an opportunity to talk to people that I know who can make them bigger stars. The one person I can say that totally completely got away from me was Wayne Reynolds. I always wanted him to do a cover for NeoExodus but it never ever got to happen the way I wanted to. But that’s 100% in my fault not his.

What can fans expect to see from LPJ Design in the future?

More content for the Amazing Universe. We’ve been focused on trying to find a way to develop an organized play for that. I think organized play is the smartest move that any business who is looking to do tabletop role-playing games should get involved with. Also I would tie it into a Patreon system like ours. They both kind of feed each other in the best possible way and it only helps make the game world your building more succinct and interactive.

You can find LPJ Design on DriveThruRPG. Using the chronological sorting there, we can see the most recent additions or updates. 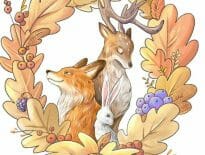 Tabletop & RPGs Briar & Bramble: The sorrow of a Watership Do… 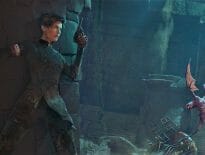