Chris Dias of Dias Ex Machina needed only 1 hour to hit the CA$ 5,600 goal for Affinity on Kickstarter.

The Ultramodern publisher will now bring to life three settings. They are Paradise, dungeon-crawling inside an alien mega-structure, Conestoga, mecha battles for control over a massive spacecraft and Torus, a steampunk and magical, occult conflict within a post-apocalyptic world.

Each world uses D&D 5e system and adds something new.

Affinity was part of a previous UltraModern Kickstarter that Dias Ex Machina ran and then expanded, making the pledge tiers a little more complicated than usual. Some are only available to backers of that specific campaign who want to upgrade.

We’ll just look at the “fresh start” tiers below.

A pledge of CA$ 13 (about £8) will get you a digital monochrome edition of one of the Affinity PDFs and a print-on-demand coupon. An upgrade to CA$ 18 makes that a full-colour edition.

A pledge of CA$ 31 (£18 thereabouts) gets you all three settings in monochrome and early access. The upgrade to colour takes the pledge to CA$ 43.

One colour hardback takes a CA$ 49 pledge that comes with accompanying PDFs. The set of three colour books costs CA$ 125.

Digital-only backers are expected to receive their rewards, with the usual Kickstarter risks, in October. The hardbacks are expected later and in February 2022.

Affinity impresses Kickstarter with three 5e settings in one campaign 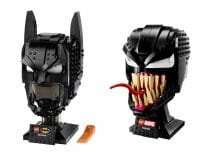 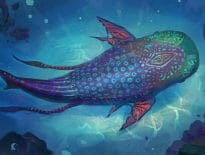