There are D&D adventures set in hellish realms, but on the 7th centenary of Dante Alighieri’s death, Acheron Books will adapt The Divine Comedy into a campaign setting for D&D 5e.

The Kickstarter pitch video is in Italian, but the project will also make an English book, and the campaign text is in both languages. Acheron wanted €20,000 to fund the setting; they’ve raised €213,000 with two weeks still to go. You can join the campaign from the pitch page.

The campaign has two parts; a Player’s Handbook and a Game Master’s Guide with Monster Manual. A third book is also planned: an artbook and a luxury edition of Divina Commedia First Canticle that’ll have the original poem and Henry Wadsworth Longfellow.

Our Inferno is not just a hell-themed Campaign Setting like many others, but a unique and unforgettable experience. We have studied the original poem for years and translated in the game every monster, phenomenon, environmental effect, situation, and peril of Dante’s Inferno, to let the players having a complete, philological experience of the content.

There are four reward tiers in the campaign; the first offers access to the pledge manager for €5.

A pledge of €29 (about £25) will get you Inferno – Dante’s Guide to Hell and Inferno – Virgilio’s Untold Tales in PDF, plus stretch goals.

A pledge of €85 adds in the physical books, with add-ons and worldwide shipping.

At the top of the pile, a pledge of €125 also adds the Divine Comedy – Inferno, Physical map pack, Guide’s Screen and all physical stretch goals. This last tier is, by far, the most popular.

To stay true to its goal of overlapping with the 7th centenary of Dante Alighieri’s death, the project is expected to fulfil in December 2021. 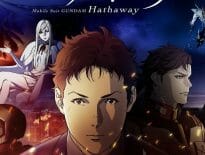 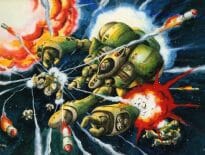