You are here: Home / Games / Tabletop & RPGs / How Physician Assistant School Helped Me Craft an RPG: Sparking creativity for game players and designers

Helping people with coughs and lacerations pays my bills. I love working as a PA, and don’t plan to leave the urgent care clinic even if we have a repeat of 2020.

But there’s another job, the one that ignites my imagination.

I first saw Gary Gygax and Dave Arneson’s Red Box of Awesomeness at about age 6. I had no idea what D&D was at the time, but my dad’s friend, who owned the box, said it was too complex to play when I asked. Then he distracted me with his matchbox car collection. But something about that box and the dice and pictures of swords and dragons resonated. Three years later, when I read The Hobbit for the first time, I was hooked on fantasy forever.

Being a science nerd and a bit too literal for my own good, the six attributes of D&D felt like an introduction rather than a full story. Rich Burlew did several comic strips about this in his loving RPG parody The Order of the Stick. In one, an elderly gentleman argues with the adventuring heroes that his hearing and vision are actually improving, as they’re based on his age-boosted Wisdom stat.

I felt the bones of the character sheet could do with a physiological and psychological overhaul, not just good humored acknowledgement of flaws. But could I do it without turning the whole thing into a mess of biophysics and math?

The answer is no. I couldn’t. Same with the second attempt. They both sank into the swamp-like Prince Herbert’s father’s castle in Monty Python’s Holy Grail. But his fourth one, and my third attempt, stayed up. One day, all this will be yours.

Bonus points if you just asked, “What, the curtains?”

I found the right mix when I used eight background stats to represent body systems and psychological traits, then combined them into eight derivative stats for use in the game.

That epiphany resulted from looking deeper and making connections. I wasn’t thinking about RPGs as I bent my brain to medicine so hard for so many semesters of PA school. But the high fantasy mixed with the science and bubbled into my consciousness. Organ systems don’t operate independently. It does little good to move the lungs like a bellows if the heart can’t move the oxygenated blood efficiently. Quick reflexes are a function of nerves and muscles both. Knowledge doesn’t always lead to action without empathy mixed into the intellect.

What started as an overhauled character sheet led to the full game of Lone Wilderlands. It’s designed to be played solo, with the cards and die rolls taking on the role of GM. It works well for a group, too. In my latest project, I used the same mechanics and wrote a choose-your-path novel, Defenders: Throne of the Bandit Lord.

I suspect I wouldn’t have developed this RPG had I been in grad school for political science or music. But something else creative would have forced itself out, nonetheless. Learning and creativity are inextricably linked human characteristics. They feed each other. Bill Watterson, my favorite cartoonist and wise man, often mentioned how learning new things got him out from under quite a few deadlines and led to meaningful letters from readers. It also gave humanity ten years of Calvin and Hobbes. Ten years!

Here is the take-away for those looking to be more creative. Grab a book or screen and look up something new that interests you. Jump in. The more intense the focus, the bigger the creative spark. When I need a new idea, I take an academic tangent. I’ll research it until a story forms.

I’ll likely never dive so deeply into learning as I did in PA school. But I’ve found a direct correlation with the effort I put into learning, my excitement for a project, and the creative rewards.

His latest project is a choose-your-path RPG novel. The Kickstarter campaign runs from March 15 through April 12, 2021. Find him online at DWDaltonAdventures.com.

How Physician Assistant School Helped Me Craft an RPG: Sparking creativity for game players and designers 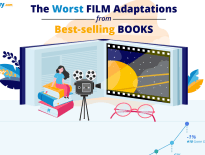 Books Revealing research on the most disappointing book-… 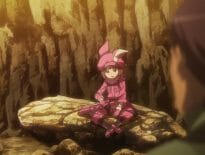