Boris Martsev is a concept artist who worked on Modiphius’ Achtung! Cthulhu project.

By the sounds of it, Boris finished some of the cover art a while back. The illustrator’s ArtStation says “at long last!” and shares some of the behind the scenes process.

The tour begins by looking at a temple scene with the art decorated as a cover. It could be a cover too, Modiphius’ tweet describes Boris as a cover artist.

Which cover could it be? The book’s name isn’t present, and the art doesn’t match any of the books currently in Modiphius’ store. Perhaps we’ll find out later.

We also get to see the full image, which is a landscape rather than a portrait, and the full horror of the Lovecraftian cultists.

Geek Native spoke to Bill Heron, one of the designers on the project. He reminded us that the horrors of the Cthulhu mythos work for another evil power in the setting.

It’d suit those with a taste for two-fisted pulp action with an added cinematic flourish. Influences include Indiana Jones, Hellboy, Doc Savage, Overlord, the Rocketeer, Captain America (or even Iron Sky). The Nazis still remain the biggest threat in WW2 but they’ve co-opted creatures of the Mythos to work for them. It’s *never* the other way around.

A Secret War rages between the Allies and Axis powers – secret bases occult rituals and ancient cities feature prominently for example. It’s for gamers looking for espionage, chinning Nazi sorcerers, and basically fighting for the survival of the human race.

Boris’ ArtStation includes reference pictures, CGI being used to get figures in the right place and various sketches that work the action into place. The Modiphius team likely checked in throughout, using each of these key milestones to give direction and feedback. 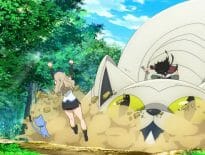 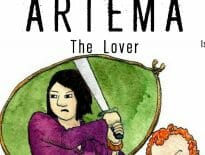 Comics What is good? A review of Artema 3: The Lover
wpDiscuzComment Author Info
Manage Cookie Consent
This site uses cookies 🍪, and links are ads that may earn bloggers some money 💰, and with this alert, I very much hope that these dark truths 🧌 are acknowledged.
Manage options Manage services Manage vendors Read more about these purposes
Preferences
{title} {title} {title}
Loading Comments...