Comedian Janeane Garofalo is the voice of the tattoo artist Débora in the English dub of the adult animation Lava.

Hold on to that fact. That’s about your only anchor in a surreal satire on culture. Notably, while Lava has some sensible comments to make about how we behave, it’s own behaviour is not without reproach.

This will be an otherwise positive Lava review because I can only say good things about giant alien kitties hunting people through the streets, but let us tackle my one true concern in Ayar Blasco’s animation.

Arguably everyone in Lava is a caricature, but one of the characters is a young Japanese girl. She’s depicted in the awkward racial stereotype from yesteryear, with prominent teeth, artificially narrow eyes, pigtails and so forth. Here in Scotland, such a representation, even in satire, would be culturally awkward. I don’t know if such concerns exist in Argentina, though.

Artists get caricatured throughout the show. That feels safer. It’s introspection.

We start by watching Débora tattoo a strange symbol on to a rough-looking but pleasant enough guy. Then, on the way home, she notices the same sigil on a magazine.

A few scenes later and someone uses screens, be they smartphone screens or TV screens, to broadcast mind-control messages.

A few scenes later and we have prowling alien cats.

A few scenes later and there’s a kaiju of a green-skinned witch.

A few scenes later… and, well, Lava will keep you guessing. Nothing seems to be off the table, and for the most part, it all seems to hang together in a cohesive plot.

Until it doesn’t. I don’t know whether Lava had its own Evangelion moment or whether it was the plan all along, but the plot just ends, but it hadn’t really got to the end. Yet, the animation continues with a series of even more surreal shorts.

If these shorts are connected to what happened before, I’m not smart enough to see it. They absolutely contribute to the feeling of “I just watched something unusual”, though. There’s absolutely doses of “This is clever enough to be art” in Lava. Perhaps that’s why it managed to land a talent like Garofalo, a deal with Rock Salt Releasing and picked up nominations at the Annecy International Animated Film Festival and SITGES.

The film was made by Crudo Films, who are genre cinema specialists and uses a traditional 2d animation technique. Lava doesn’t pretend to be an anime. It does its own thing.

Certainly before the “ending” and the shorts, the plot centres around Garofalo’s Débora in ways that will hold your attention even if you’re boggling at the WTF of it all. Where did that giant snake come from? Yes, we do spend too much time looking at our screens. No, we perhaps don’t value art, or artists, enough. Maybe it is time to look again at how the world is run. Débora, lacking in confidence, is the prism by which we parse all of this.

Despite that single concern about finding the balance in satire between caricatures and harmful tropes, I enjoyed Lava. I don’t honestly know whether the show had anything meaningful and heavy to say, but while distracting my brain with wackiness, it infected it with some pretty weight academic thoughts.

Next week, Lava will have a digital release on platforms like Amazon, iTunes, Google Play, and Vimeo on Demand. It’ll be available with this English dub or in original Spanish.

It was about 1 am on Friday night/Saturday morning when I started to watch my copy of Lava, over a second pint, and with a volcanically hot pizza for a late dinner. It was perfect conditions. If you’re a fan of animation, appreciate the surreal and can create a similar atmosphere, my prediction is that you’ll enjoy Lava too.

My copy of Lava was provided for review. 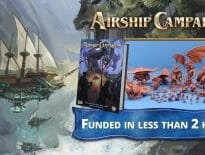 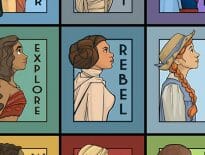