James Widdowson’s Peril at Frost Manor is set during the end of the world, in the doomed setting that is Mork Borg but also in a small village where it might seem as if that’s not happening. People have garden parties, go to the pub and carry on as usual.

There are also murders. Detectives catch the killers, so that’s alright, and the cases are solved. But the murders keep happening…

Launched during Zine Quest, Peril at Frost Manor only has a few days to run. The project asked for a humble AU$100 and has now raised over AU$600. You can join in or check out the latest total from the project page.

The zine murder mystery brings some Agatha Christie to the doom metal that is Morg Borg, and you need that RPG to use it.

The funded project means three new backgrounds suitable for the quaint life in a dying world; the Manservant, the Sleuth and the villager.

There’s also the adventure itself, complete with maps and puzzles, NPCs and a bestiary, both with stat blocks.

Need guidelines for settling down in the village to await the end of the world? Peril at Frost Manor has them.

The reward tier and pledge system is straightforward. Promise AU$10 to the project, and you’ll get a PDF. Make that a promise of AU$50 (about £29), and you’ll still get a PDF, as there’s no physical product, but your likeness (or someone you pick) will be an NPC in the book.

Delivery is expected as early as May 2021 for Peril at Frost Manor. 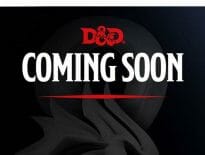 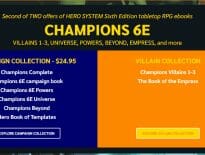