You are here: Home / TV / Anime / Netflix will release B: The Beginning Succession on March 18th

B: The Beginning is a Netflix anime in which supernatural forces get involved in police business as vice versa.

The show is lovingly illustrated, had a weird tempo built ultimately was granted an IR Rating of recommended. Now, Netflix will air the sequel and has released an English-dubbed trailer.

The original cast is back, and the series kicks off on March 18th. However, director Yoshiki Yamakawa won’t return, and Itsuro Kawasaki steps in.

The second season, known as B: The Beginning Succession, picks up with some hugely important secrets now out in the open. The Royal Police Special Crimes Investigation Division has plenty of work to do with the serial killer B’s threatened return.

Netflix will release B: The Beginning Succession on March 18th 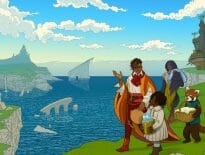 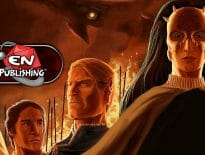