The Platinum-bestselling RPG creator Adam Hancock’s Those Who Wander Kickstarter campaign is just about to hit its $9,500 goal. There are 18 days left on the clock.

Those Who Wander, a name born from Tolkien’s “Not all those who wander are lost,” starts with a character creation of two based on parentages. Characters could be halfling-humans, or elf-dwarves, for example. Then, as characters progress, they move down a career tree. You can find out more, or pledge, at the pitch page.

There’s more than just characteristics inherited from parents that the adventuring heroes begin with. They also have heirlooms, these are potentially magical items that awaken once the character is ready.

Those Who Wander’s goal is to remain focused on diversity and inclusive storytelling while avoiding essentialism and ableism. That means wheelchairs in the game, prosthetics, people of all colours, gender and orientation. Those Who Wander is also compatible, with very little work, with D&D 5e.

A pledge of $25 (about £19) will get you the PDF copy while stepping up to $35 will add a print-on-demand code for either the softcover or hardcover.

There are higher pledges. For $150, for example, you can buy a character illustration and appear in the book.

Alongside Handcock is V.J. Harris, the two worked together An Elf and an Orc had a Little Baby for D&D together. Amber Litke joins them.

Kathleen Harrington is the editor while artists include Angela Duncan, Joshua Clarke, Nito and HTTPaladin. 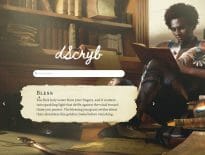 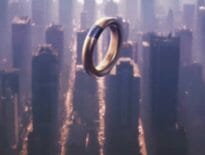