You are here: Home / Games / Tabletop & RPGs / City of Mist is for people who are afraid of D&D

There are far fewer maths challenges than a typical dungeon crawl and the approach has won critical success in this RPG. City of Mist as appeared in best-seller charts and won awards.

Geek Native had a chance to catch up with the game’s designer, Amit Moshe, and I asked now that the game has been out for a while, what might make readers interested in it? If your attention was grabbed at launch, or after award success, why look at the game now?

City of Mist is for people who are afraid of D&D.

If you’ve been playing D&D from school that may seem like an odd thing to say. If you’ve no religious objections to Dungeons & Dragons, what could be scary about it?

As a blogger covering the tabletop hobby (as a hobby, appropriately enough) at least once a month on social media I see posts from people trying to get friends worried about the level of maths, or just the amount of counting, involved in the pastime.

As it turns out, those math-shy friends are whom Moshe had in mind.

D&D 5E may be the easiest version of the game yet but face it, for most people out there, it is still an exclusive ritual with sheets full of weird numbers and tomes full of lengthy spell lists and descriptions. You may be swimming in the rules but for your friends who are considering getting to RPGs, it may pose a real barrier, especially if your game group is prone to get very technical. To add to this, creative types who take joy in dreaming up diverse characters and telling rich stories may feel constrained by the traditional RPG framework where the range of characters they can play and actions they can take is limited.

City of Mist sets out to create a different kind of game, where anyone can read the character sheet and immediately understand the character they’re playing and where the base mechanic is mathematically as simple as counting to five.

Right now, this month is an especially good one to address a City of Mist curiosity or give the game a chance. It is deal season!

The Starter Box is on sale at the official City of Mist site and DriveThruRPG’s digital sale “New Year, New Game” includes a new City of Mist bundle.

The Starter Box reels your friends in with compelling, comic-book style illustrations and design, big character folios, custom dice, cinematic locations maps, and colorful character tokens to help them visualize the scenes. It presents a familiar modern-day settering with interwoven magic elements that any player can relate to, further defined by tropes from TV shows and graphic novels, as well as popular fairy tales and legends. Your characters are modern-day versions of ancient myths, so players can always fall back on a modern day persona like a detective, a priest, or a runaway teenager while utilizing the legendary powers of their Mythos.

At the heart of the lure of City of Mist, though, is the combination of the mysterious setting and the system. The setting feels like it could feature as a new supernatural series on Netflix.

But the real kicker is in the system. There are no dedicated numbers for attributes, skills, or hit points, nor are there any classes. The entire game runs on short descriptive tags, helping anyone who looks at a character sheet instantly grasp it without needing an ‘initiation’. In every action, you invoke tags that would support your action, getting one point of Power for each relevant tag. You can create any tag and combine tags from different sources for greater and cooler effect synergies, opening the stage for player creativity while the system does the balancing work behind the scenes. By making itself mostly a word-based game, City of Mist opens the gateway for roleplaying for those apprehensive about stats and rules-lawyering.

The Starter Box learn-as-you-play booklets throw you into the action right away and then feed you small bites about the basic rules and concepts whenever those are needed. Even the game’s core books – while outwardly resembling traditional RPG books – are designed differently. Instead of heaps of rules and specific ability details to memorize, they act as guidebooks, offering tools, examples, and advice on how to create your own characters and tell your best stories. 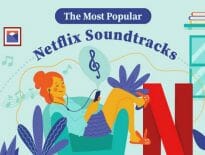 Music Which Netflix shows have the most popular soundtra… 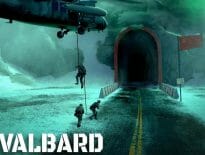