You are here: Home / Geek Stuff / Interviews / Our very own interview and pictures: Jen Page 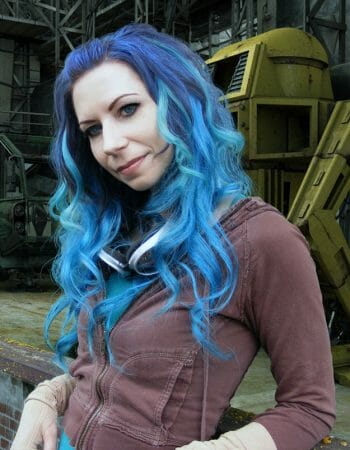 If this is your first time stopping by – hello! If you’re an experienced hero of Geek Native – hello! We’re likely to lure in a few new faces as gamers pop over to check out this interview with Jen Page. Not only have we been lucky enough to score an interview; we’ve got some pictures of Jen that you might not have seen before! If you’re a fan, or would like to be, then check out The Jen Page at Facebook. At Facebook Jen’s fan page says, “Actress, Model and part-time Chaos.”

Hello Jennifer Page! Thanks for stepping forward to be interviewed by this humble wee blog. Would you please set the scene for Geek Native readers; many of whom are reading this and thinking, “Wait.. isn’t she the Jennifer Page from…?” You’ve been involved in loads! Where would readers most likely know you from?

I play the impish sorceress/rogue in gaming cult hit The Gamers:Dorkness Rising. There is also a lot of buzz being generated about the release of the screen-bursting CGI of Project London. In that, I play the female lead, Xing Xing Fix, who is head of communications for an underground resistance movement. That is when she isn’t running around with a big gun and watching giant robots fight.

You’re not just part of the scene, though, rumor has it that you’re a fan of the scene and an avid fantasy and sci-fan yourself? Is this true? What’s holding your interest at the minute?

I absolutely adore the sci-fi and fantasy. I hope that every movie I ever helped make had one of those two elements. I can get pretty frustrated over the lack of good content out there and I love being part of improving the genre. What holds my interest currently? I love Doctor Who and Stargate Universe. The new Doctor is doing a great job and I’m pleasantly surprised with SGU. The cliffhanger this season really has me drooling for the new episodes.

There’s been recent rumours of Russell T Davis working with BBC America to create another Doctor Who movie. What do you make of that? Who would you pick to be the Doctor? Matt Smith, Johnny Depp (as rumoured) or someone else?

Oh my gosh! I love talking about stuff like this. But since I’m going to offer my opinion, let me just say that I am NO expert- just another fan in the crowd like everyone else. THAT said, I would absolutely LOVE to see a Doctor Who movie! And although I really like Johnny Depp, I think that would be a huge mistake. He isn’t even British! Then I start thinking, are they only considering it because he’s really established himself as a character actor? Do studios start rumors like this just so they can see how people react? Seriously, if they are going to do a movie they need to bring David Tennant back so they can do a duel-doctor thing with Matt Smith. And I need to be in it somehow.

I was really jealous of Georgia Moffett’s role as the Doctor’s daughter. Her character seems to have so much adventurous spunk! I’d be ecstatic to play a role like that, let alone be a companion. As far as a female Doctor…. Nah, I think I’d let that stay in the realm of blasphemy.

Do you think authors and books are loosing ground to computer gaming and the internet? Is this a bad thing or just natural evolution?

I don’t know if reading is really loosing its charm. I think if you are a book reader, you are hooked for life. I would love to encourage younger kids to read more, though. My earliest and biggest exposure to sci-fi and fantasy were from novels. I will be forever grateful for the Xanth novels given to me by my best friend’s mom! I also suggest to parents to keep books at home. Of course, because of that the first novel I read was Stephen King’s Pet Sematary in the fourth grade, but hey, I turned out fine! 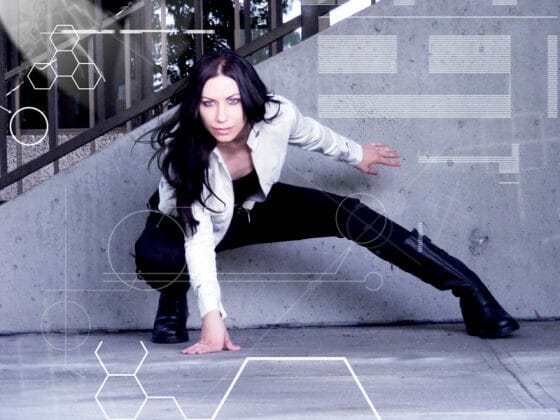 As a fan, if you could a dream project for yourself – what would be it? Why would it be great?

There are SO many things that would be a dream to do. I can’t list them all. I have never done television before, only movies, and would love to be on a sci-fi series or mini-series. But really basically, my goal in life is to play characters who can nonchalantly walk away from an epic explosions behind them, or run around with a large phaser pistol, or wield psionic sword. Oh! And I’d love to do some voice work for video games. ME3 would be so amazing!

There are rumours that Mass Effect 3 might be multi-player. How do you see that working?

I don’t see that working well. I’d have to give up all of the story and character choices that I love about the current game. And that… kinda ruins it. If there was just a segment of the game where you could play in the Mass Effect universe, that wasn’t the entire gaming option, that would be cool.

Are you much of a gamer? What would you recommend a great way to occupy a rainy Saturday?

I do game! Besides loving my Xbox and PS2, I am also into RPGs. I love D&D, Alternity, Paranoia and Call of Cthulhu. I don’t get to game as much as I like but Seattle certainly provides a lot of rainy afternoons to choose from. 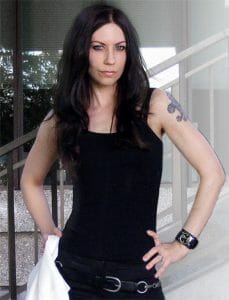 Where do you like to hang out – er, not in real life, don’t want to line you up with stalkers, but on the internet – which blogs, forums or social networks do you visit?

I hate to admit it but I’m on Facebook the most. Their format for fan interaction is the best I’ve found so far. If anyone has any suggestions on better sites, I’d be game for that.

If you could magic a fan-site into existence; who/what would it support and what would the site be like? For example, if you thought the internet needed another Doctor Who fan site – what features would it have?

Hmm, I don’t know. I’m not feeling the lack of websites out there. I just wish the “SyFy” channel would air more, uh, actual sci-fi. More quality shows and less wrestling! Come on!!!

You’ve been kind enough to do this sort of blog interview before – before we let you go; what would be a good question to ask you and what would your answer be?

Always love the “what’s next?” question. I’m developing a modern/urban fantasy feature film titled 5th & Never. I’ve been chasing film opportunities for years and I’d love to see one of my own come to life. The film revolves around a guy name Jacks who has lost everything but finds magic in the world again when he helps a mysterious woman. It’s a work in progress but I think it has a lot of charming potential.

That’s a wrap folks! Many thanks to Jen for taking part. If you’d like to keep up with the latest news, pictures and gossip then visit Facebook and The Jen Page. If you’d like to leave any questions for Jen in the comments below we’ll see if we can’t try and wrangle a follow up interview!

Superb interview… normally I'd point out that Johnny Depp can do anything he puts his mind to, but “must be a British actor” has been part of Doctor Who law for 50 years or so now, so they need to keep it, even though I think Depp would be superb.
This is the first I've heard of 5th & Never… looking fwd to hearing more!

Our very own interview and pictures: Jen Page 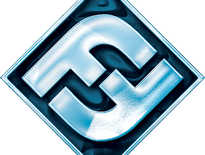