This movie will eat your planet. Project London bills itself as “nearly no budget”and you can detect a sense of pride from their press releases and fan communication. Take a look at the trailer and you’ll see why. The special effects look amazingly good.

Described as a “crowd sourced” movie, Project London is using every trick in the book to get itself made; open-source software, Blender, is used for all the animated visual effects in the film. If Project London is successful (and it already has a head of steam) then I’m sure we’ll be hearing a lot more about Blender.

The story is effective enough. Joint Command – the group who now collectively rule Earth – have Arizona, an exosuit wearing rebel killed, and his son Nebraska ends up working with the London Underground resistance. But will he betray them?

The soundtrack in the Project London trailer is by Half Acre Day and is the source of the name “Multiply”the name given to the clip.

Hey! It's great to see we're getting more publicity on this!
I'll let the producers know about this post so we can link to it on the movie site.

Just for the record, though: the name is a bit misleading. It's actually Seattle-based. :D

Oops. That's what I get for writing this post early in the morning. I'll correct the title. I've seen a few blogs link to the post too; glad the post has helped raise the profile of the movie – everyone seems really keen! 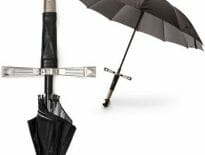