You are here: Home / Geek Stuff / Cool Tech / KFC will actually release a KFConsole (and you didn’t get it for Christmas)

There’s been a bit of a tussle over Xbox Series X and PlayStation 5 this Christmas. The challenge has been getting hold of either device.

However, one virally popular console was delayed until after Christmas. That’s KFC’s chicken warming KFConsole. Yeah, the one the KFC Gaming Twitter account (that’s a thing) tweeted about in June, and we thought was a joke.

It’s not a joke. KFC commissioned Cooler Master to build it. I suppose it’s more of an extreme PC mod as a result. Credit goes to Tim “Timpelay” Malmborg for making the thing. Now KFC plan on releasing it.

the KFConsole as our flagship entry.”

When challenged on whether it stands up to the PlayStation 5 or Xbox Series X, Cheevers noted;

We like to think we’ve built a competitive system with the specs we have in it.”

Is that right? Cooler Master have revealed a little of the chicken bucket shaped device’s specs.

Oh yes, it keeps your chicken warm too. That tray on top is functional. The heating design of the device transports temperature away from the electrics and up to your food.

KFC and Cooler Master will release more details about the quirky mod next month. 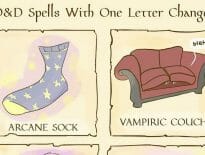 Comics D&D party challenge: Change one letter in a s… 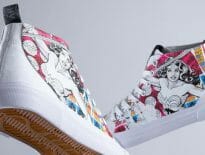