Geek Native and DriveThruRPG have been looking at games published in 2020 and which sold well. Today we’re looking at family gaming which, unlike previous categories, isn’t a genre description but an audience one.

Family, rightly or wrongly, tends to be a shorthand for “appropriate for kids but interesting to adults too”.

As with previous lists, this one has been lightly edited by Geek Native and DriveThruRPG to remove games that might have been tagged with “Family” with some other definition in mind, or by mistake.

You might have spoted Kids on Brooms: Core Rulebook in the best selling historical RPGs charts too (because of the 80s/90s vibe) where it battles Brindlewood Bay and Deadlands.

Despite spending more time (and much angst) filtering these charts for the first time (previous years have been a data dump) it is still not unheard of for a game to list more than once.

Jim Henson’s Labyrinth: The Adventure Game by River Horse Games is second on the list and feels especially significant since its success led to The Dark Crystal RPG being announced yesterday.

That’s the last of the charts we have for you this year.

The best selling family RPGs of 2020 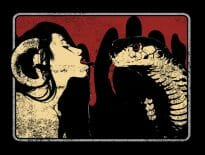