There isn’t an about us page that handily describes what Exalted Funeral is. Nor are their clues hidden in the site’s title tags or anywhere else in the site’s content except in one video, which can’t help with their SEO.

However, Exalted Funeral is a store that sells RPGs and other geeky curios. They’ve just shipped their 20,000th order.

According to one comment (yes, I braved YouTube comments for this post) the montage above includes clips from EvilSpeak, The Last Dragon and a whole ton of Ninja 3 The Domination. I’m sure I’ve seen none of those movies, and yet, given my Saturday night a beer movie tastes, I think I know all three very well.

Have you ever wondered why someone quit a game on you? Often times it is due to a change in circumstances. The player might have moved away or have a new job with a new schedule and simply can’t make the game any more. However, people also quit games when they’re not having fun any […] 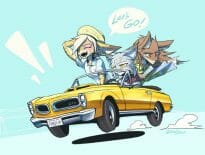 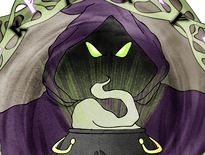