You are here: Home / Games / Tabletop & RPGs / The 5e biopunk GeneFunk 2090 heads into the Shadows of Korea

The game that biohacks D&D, GeneFunk 2090, is back on Kickstarter with a Shadows of Korea expansion.

What’s biohacking and GeneFunk? It’s an RPG setting in which humanity has meddled with our own DNA and genes to create sub-races of specialised people. It’s a cyberpunk style future, with a little more money and a lot more weirdness without magic. Geek Native reviewed the 5e-powered RPG and rather liked it.

There are three weeks left to join the Kickstarter for Shadows of Korea. Crispr Monkey Studios asked for CA$5,000 to make the project happen and they have nearly CA$30,000 pledged. You can add your own or read more at the pitch page.

A pledge of CA$15 (about £9) will get you the digital copy of Shadows of Korea.

If you need the core GeneFunk 2090 core rules, then this Kickstarter is an excellent way to get it. A pledge of CA$ 19 (about £11) will get you both GeneFunk and Shadows of Korea as PDFs.

CA$49 adds the hardback GeneFunk 2090 to that bundle while CA$54 is enough for the colour hardcover of the expansion.

What’s in Shadows of Korea?

The expansion offers up a sandbox setting for Busan, Korea in 2090. A bustling port-city is rammed with danger and opportunity.

There are five criminal empires about to go to war, the port being contested while a truce barely holds to keep the harbour functional.

Crispr Monkey Studios hope to have the books in your hands or on your machine by June 2021.

The 5e biopunk GeneFunk 2090 heads into the Shadows of Korea 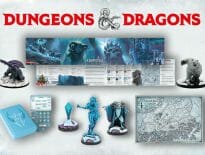 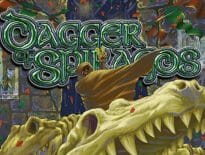