You are here: Home / TV / Anime / The War Record of Armored Girls gets a teaser trailer

The anime follows five different young women and users of LBX armour. All five battle against the corrupting influence of the Mimesis, a multiverse spanning race of metallic-aliens.

Based on the trailer, it looks like The War Record of Armored Girls won’t skirt around the legs-on-display warrior women trope made famous by shows like Strike Witches. The computer game series, though, is rated 7+ and the characters are far more heavily armoured.

Tokyo MX and Mainichi begin broadcasting the series in January. Meanwhile, no streaming platform has yet indicated they’ll be taking the anime to the West.

The War Record of Armored Girls gets a teaser trailer 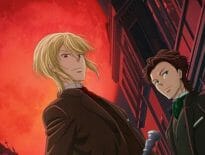 Anime A criminal retelling in this Moriarty the Patriot … 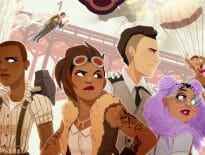