You are here: Home / Games / Tabletop & RPGs / Free to Download: The Island of the Dead Sand for Lex Arcana

The Island of the Dead Sand is a pay-what-you-want adventure for Lex Arcana which is being promoted as a free download by Quality Games. Pay something for it if you can.

Lex Arcana is an RPG set in an alternative Earth in which magic is real, and the Romans used it to see and then forestall the collapse of the empire. Characters are members of the elite Cohors Auxiliaria Arcana, sent by the Emperor to deal with supernatural threats and study the lore.

You can pick up a quickstarter for Lex Arcana from DriveThruRPG as another pay-what-you-want download.

In The Island of the Dead Sand the characters are on the way back from a mission in Britannia to Rome on a Greek ship only to be caught by in strangely violent storm right before the Pillars of Hercules.

At the edges of the Empire nobody can hear you scream!

Free to Download: The Island of the Dead Sand for Lex Arcana 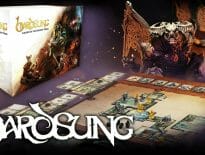 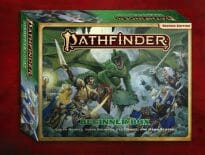