Those Dark Places is a sci-fi from game designer Jonathan Hicks and Osprey Games.

Osprey and Jonathan have been running a developer design blog, and now, with the game due out on November 26th, Jonathan has published an 8-minute introduction video to the game.

In the video, Hicks talks about “dirty sci-fi” as an inspiration and the desire to make a game system that supports the storytelling.

We’re also told why Those Dark Places refers to eldritch horrors without digging in and explicitly explaining such things. It’s all about managing players’ expectations.

There is no character advancement in the game system, it’s too simple to support that. Instead, characters are trying to survive a 25-year long tour.

The video does open the book for a brief page through.

Garblag Games, an actual play group, ran a one-shot of Those Dark Places.

You can pre-order Those Dark Places from; 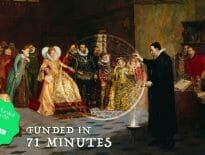 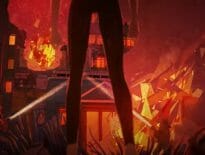