After a successful Kickstarter, the next evolution of the software-based virtual tabletop, Fantasy Grounds Unity released the first official version today. It had been available in beta for months previously.

Fantasy Grounds Unity lets gamers play tabletop games together on the internet in a system that draws maps, follows the movement of PCs across them, rolls dice and integrates with official RPG systems and character sheets to automate some of the dice rolling.

What does “Official Release” mean?

SmiteWorks describe the current release as “Official” as the software is stable and fulfils all the promises made in the Kickstarter.

However, the project to bring Fantasy Grounds to Unity is not over. From today, extra features will be added and we can see one of them already; Time of Day Sliders and Colour Adjustments.

The platform supports dice macros, dynamic line of sight for walls, doors and terrains, animated image effects and is backwards compatible with all existing campaigns and DLC bought for the original Fantasy Grounds.

Dynamic light sources and integrated sounds are next on the SmiteWorks, the developer’s, roadmap. 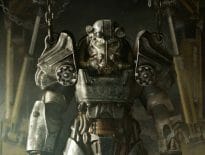 Tabletop & RPGs Modiphius expands Fallout with Into the Wasteland… 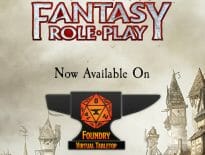