This comes as a surprise to me as despite playing it a lot (hey; I travel) I was totally unaware that the game was about to retire.

If you go to the old URL for the game application at www.facebook.com/TinyAdventures then you’ll simply be redirected back to Facebook.

I’m sure I’m not the only one wondering if D&D Tiny Adventures has been removed from Facebook on purpose.

It has. Using Google’s cache I’ve been able to take this farewell message from the game’s old installation page.

Thank you all for participating in our promotional application of Dungeons & Dragons Tiny Adventures – it proved to be a tremendous success. Now that this promotion has run its course, you can look forward to many more great D&D experiences from both Wizards of the Coast and our partners in the future. Be sure to send your adventurer off on one last quest before the application comes down at 11 pm PST tonight.

I know the game didn’t make Hasbro or WoTC any money. Perhaps that’s why they pulled it? It never made them any money though; I thought it was designed as a marketing activity rather than an earner – so what’s changed?

I think WoTC have made a mistake pulling it (unless the costs are really high) as it was their own computer and social success.

This really stinks. =( I had just started playing a couple of days ago.

Sort of a drag, wish they had let us know ahead of time. It's practically impossible to find any information about the pull as well. Really bizarre. Not that I expect all that much, but it feels as though WotC has let us down just a bit.

I just spent two weeks playing this game and pissing off my wife for NOTHING?!

I am really annoyed. Oh well, I get my spare time back. And it was lame anyway.

im with all of ya!m i played for over a year, my wife had an account i used to buf and heal hahahaha, good times.. she of course, played for us when i was working, so we both loved it. someone will probobaly make a clone. I miss TA already

I don't think it's that much of a replacement for D&D:TA but I've been playing Become the Avatar a little and it is new.

I guess there's a risk they'll pull that once the movie is old though.

Would you say the game once improved what you thought of the Dungeons and Dragons brand/game – but the way they've removed it has now damaged your opinion of the game and the company that runs it?

I don't have the stamina to wade through the WoTC message boards. It'll be most odd if they've not posted anything there. Odd but interesting!

There wasn't a warning notice when you were signing up that the game was about to shut down? That only adds weight to the suggestion they did a really bad job of telling us what was about to happen….

… I wonder if it was yanked at short notice perhaps because of some problem.

Yea, it is kind of BS. I had been playing for several months, my husband signed up to play just the other day. We check up on it hourly, and never was there any sign or word that the game was being pulled, nothing at all was mentioned! Everyone I know on my friends list that played are all just as stunned! The day it disappeared I had been playing, went away for TWO hours to fix dinner, came back to update my current adventure, and POOF, it just was not there anymore, no sign of it, the bookmark gone,… Read more »

i was in the middle of my final adventure to retire my 11 gen character! that was bullsh*t.

Yeah. It really looks as if they couldn't have done a much poorer job of letting us know the game was going to go. I do wonder if they simply ran out of budget and had to press the red button.

They could have at least left a “The game has been taken down” page, rather than retconning it from my apps list and wall.

I was on the Last rank.. level 9 of the last Rank, playing on Elite! almost finished it.. it would have been nice to have a heads up or i wouldnt have spent so many hours playing it as I had.

I enjoyed it… only thing that made facebook worth my time.

Just going to start again, probably the only thing Wizards of the Coast got right since ruining Dungeons and Dragons.

Probably a lot of the young'ns didn't play second ed like me. Back then all about the role playing not the stats.

I really miss Tiny Adventures. I don’t have anyone to play D&D with though I really desire to do so, and Tiny Adventures was a sort of consolation that held me grounded in the system, wanting to learn more and keep up to date on news about the whole thing. I was on my 22nd gen character too.

The closest game I found to tiny adventures is “Dragon Tavern” google it. Give it a try.

time to read: 1 min
TV Dr Who: In Cold Blood – next time trailer 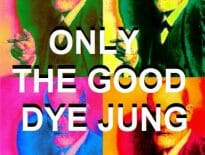