Seattle based social media Banyan Branch reached out to see if I would be interested in taking a look at the new “Become the Avatar” Facebook game. They’re working with Paramount.

Since they seemed polite enough and Paramount’s busy internal PR people haven’t quite gotten around to treating this Scottish blogger with the VIP treatment yet – I thought I’d take a look.

I was told, up front, that the game wouldn’t be one of those 5 minutes and it is done movie promotion games. Do you remember the Clash of the Titans Facebook game? Yeah. It’s not like that.

Become the Avatar is actually quite complex. You’ve a few stats; Attack, Defense, Max Chi, Max Stamina, Max Health and Team. As you level up you get to increase these points. There’s gold as well.
Missions seem to be all about Chi. Doing missions cost you Chi. If you’ve buckets of Chi you can power through a mission to the end. To get through the mission all you do is press a single button.

You get gold on missions or you can even buy property which then starts to auto-generate you more cash over time.

The other stats seem to come into play in the battle option. You pick your foe and select battle. Then you find out if you’ve won. No animation. Just a result.

In essence; Become the Avatar is an RPG in that it gets you to manage resources with a fantasy/Airbender wrapper around it. For example, you burn enough Chi to push through a mission, collect the gold and spend that on some new toys. Then you take those new toys into a battle with you.

I’m not sure if it’s going to challenge Dungeons and Dragons: Tiny Adventures. Become the Avatar is more complex and somehow shallower at the same time. On the other hand, I don’t see myself rushing to uninstall it and do see myself going back to play it again and again (especially while trapped in hotel rooms and airports – which happens to me a lot).

I’ve won every battle I’ve fought. This is good. This might because I’ve started off on Fire and keep on attacking Air Benders (of the same level!). What I’d like to know is whether these Benders are other humans or just NPCs. Do you ever get a message from the system to say you’ve been attacked?

The game encourages you to invite friends in order to build a team. No friends have yet to reply – but it’s early doors; no sign that the invite system is flawed. It would be nice to earn some cash just for inviting friends. I should be rewarded for pestering people!

One last word – the game is curiously long. I don’t mean in duration. I mean in scrolling. Perhaps it was designed by someone with one of those fancy letter shaped, taller than they are wide, screens.

Oh! And it’s powered by anime favourite Crunchyroll. That’s nice to see. I hope they make out like bandits on the cost and use they money to secure rights to stream Bleach.

I took some screen shots of the start up/tutorial – here they are: 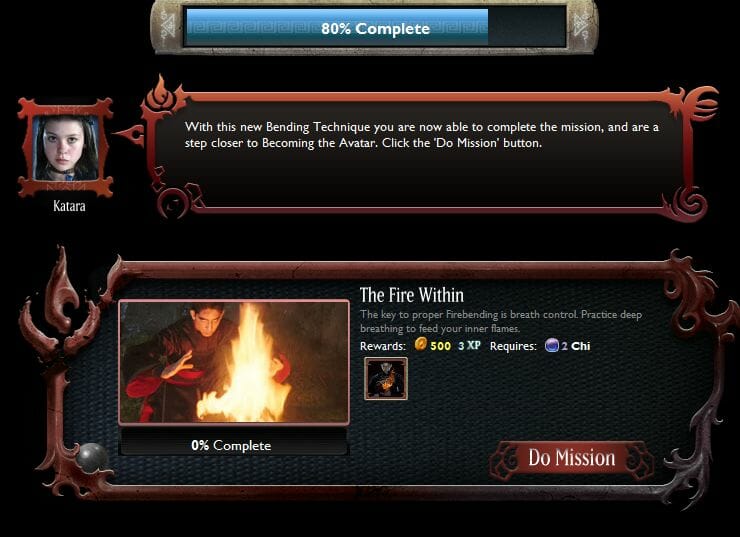 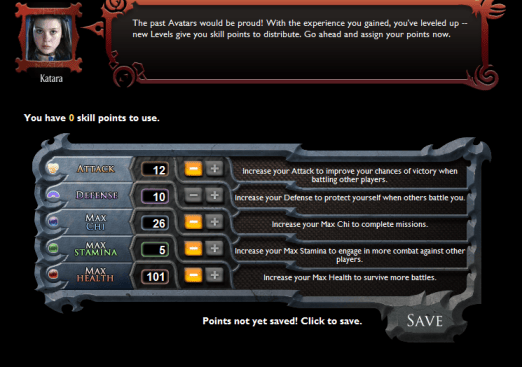 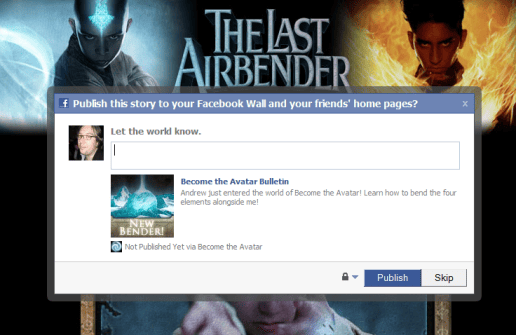 Kogamu is a step in the right direction to get RPG with more animations, graphics and interactive games. Playdom hope will add more content to this game as it develops and make it even more fun to play. Kogamu worth playing if you’re tired of the standard RPG Facebook and want something different with greater interaction with readers. 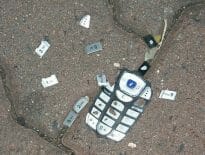 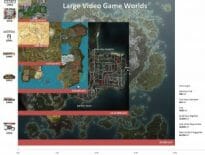