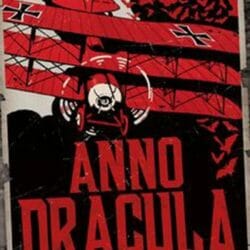 The Bloody Red Baron is the sequel to Kim Newman’s Anno Dracula. It is set in 1918 and Graf von Dracula has surfaced as the commander-in-chief of the combined military might of Germany and Austria-Hungary. There are some familiar faces in The Bloody Red Baron. There is Charles Beauregard, from Anno Dracula, but this hero […]